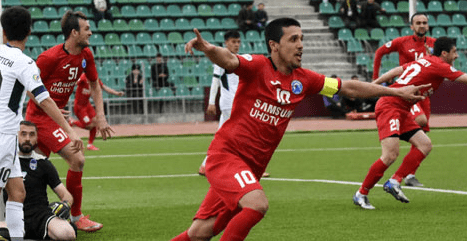 After the first couple of games in the ongoing campaign the runners-up of last season have started off in mixed manner. Khujand started off with a win against CSKA Pomir away from home. But it was followed up by a defeat to Khatlon which now puts them on the 7th spot with three points on board. Meanwhile, Kuktosh has done well so far as them along with Istiqlol have managed to keep a clean sheet.  Kuktosh are recently on the back of Istaravshan. Kuktosh currently occupies the 4th spot in the Tajikistan League with four points on board. A win for them could propel them to 2nd on the table.

Kuktosh are yet to concede a goal this season and could persist with a similar playing eleven. Babaev is expected to keep between the sticks. Arthur, Kholboev, Nazaov and Mirzoev could be in the line of defence. Davlatbekov and Shodiev are likely to accommodate the midfield region. Shodiev, Edgorov and Sultonov are in contention of leading the line of attack.

FK Khujand started off with a 3-1 win to CSKA Pomir but had to endure a 3-2 defeat to Khatlon. That being said, Khujand could opt for a few changes. Ikromov should be the shot-stopper, while Barotov, Chakalov, Nazarov and Bokiev could be the back four. Zabirov, Rikhsiboev and Choriev  could fill in at midfield. Choriev, Bozorov and Odilov are likely to be on the charge.

Dilshod Bozorov has been one of the standout performers for Khujand. The centre-forward has four goals from the last six games for his side. Having Bozorov in the Fantasy Football side could earn the user some valuable points.

Daler Edgorov could prove to be a central figure in the attacking front for Kuktosh. Edgorov has a goal and an assist from the first two games in the domestic league.

Sanzhar Rikhsiboev has been pivotal in midfield and has scored two goals from the last six appearances for FK Khujand.

Andrey Sidorov has also impressed in his first few games in the Tajikistan League. Sidorov has a goal and an assist from the first two matches of the league for FC Kuktosh. Having Sidorov in the today match prediction side could earn the user a decent amount of points.

Azizbek Sultonov can also pack a punch in the final third for FC Kuktosh. Sultanov has a goal from the last two games in the league so far.