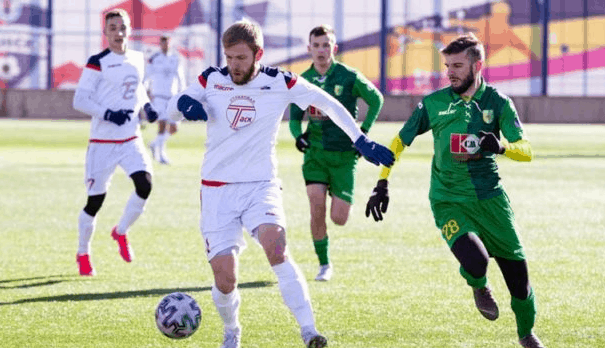 Torped-Belaz will be taking on FC Minsk away from home a they look to build on their momentum on Saturday afternoon. Torpedo currently occupies the third spot in the Belarusian Premier League and have 11 points on board from the last six games.  As for FC Minsk, they started off their campaign with back-to-back wins over Shakhtyor and Belshina. But it was followed up by a defeat to Dinamo Minsk, before bouncing back with a win to Energetik-BGU. The next two games for FC Minsk were draws to BATE and Ruh Brest which now places them eighth spot with nine points on board.

A Lenovo should feature in between the sticks, while, E Chagovets, O Evdokimov, R Gribovski and V Khvashinskiy could formulate the line of defence. V Nasibulin, D Prishchepa and O Vasyliev are likely to accommodate the midfield region. Z Volkov, I Stasevich and M Skavysh are in contention of leading the attack.
Torpedo Belaz
Torpedo could opt with minimal changes. V Bushma is expected to be the front line goalkeeper. D Antilevskyi, M Borodchev, V Gorabachik and A Khacahaturyuan could work as the back four. I Kucharchyk, Y Pavlyukovets and G Ramos could be made available in midfield. D Yashin, V Ustinov and V Scherbo are in contention of being in charge of the attack.

Gabriel Ramos has been one of the standouts in midfield for Torpedo Belaz. From the last five appearances, Ramos has bagged two goals and his presence in the Fantasy Football side could earn the user a decent amount of points.

R Gribovskiy has two goals from the last six appearances for FC Minsk. The centre-forward’s presence in the today match prediction side could earn the user valuable points.

V Gorbachik has a goal from the last five appearances for Torpedo, while V Khashchinskiy has two goals from the last six games for Minsk.

Ruh Brest will be pleased with their approach in the top flight and have eight points on board after six games. A draw in their most recent game to Torpedo Belaz now makes them go three matches unbeaten which must have added further confidence. Ruh Brest is currently at the 12th spot and will be taking on Gorodeya  next.

Talking about Gorodeya, they have showed signs of inconsistency in the Belarus Premier League as well. They started off the season with defeats to Vitebsk and Shakhter Soligorsk, but it was followed up by three big wins over Belshina, Dinamo Minsk and Energetik-BGU. But Gorodeya weren’t able to carry on their winning momentum as they lost 2-0 to BATE Borisov the last time out.  Gorodeya are sixth in the league with nine points but could find themselves in the top three provided they win.

Ruh Brest could feature A Nechaev in between the sticks, while J William, O Mihunov, O Kovtun and S Tikhonovskiy are likely to be the back four. C Osuchukwu, D Grechikho and A Kontsevoj could start in at midfield. Whereas, A Kontsevoj, I Kolpachuk and  A Petrenko are in contention of being the front three.

I Dovgyallo is expected to be the front line goal keeper. K Pavlyuchek, S Usenya, M Joksimovic and S Shestilovskiy could be the line of defence. A Poznyak, D Yakovich and S Sazonivh are likely to accommodate midfield.  A Sorokin, S Arkhipov and L Sajcic could be in charge of the attack.

Dinamo Minsk have done well lately after a poor start to the season. Their recent 3-1 win versus Smolevichi has now got them two wins on the trot, which also means that they’ve won three games of the last four in the Belarus Premier League. Dinamo Minsk currently occupy the ninth spot with nine points on board but face a stern test as they take on league leaders FK Slutsk.

FK Slutsk sit at the top of the league with 13 points on the board from the opening six games. A 3-2 win over Belshina meant that Slutsk have gone onto win four of their last six outings so far. They have endured just the one defeat from their last nine matches which includes last season.

Maksim Plotnikov is expected to be in at goal. M Shvetsov, D Dingha, K Brucic and A Sukhotsky could feature as the back four. V Klimovich, E Olekhnovich and M Pavlovski are likely to fill in at midfield. Ivan Bakhar and Evgeni Shikavka are in contention of being in charge of the attack.

FK Slutsk should  persist with a similar starting eleven. B Pankratov should start in at goal. M Buraev, S Chebotaev, A Gafar and S Koanda could start as the back four. R Krivulkin, D Obrazov and E Semenov are in contention of filling in at midfield. V Trubila and S Takulov should be in charge of the offence.

U Bala has been one of the standouts for FK Slutsk in midfield. Bala has three goals from the last five appearances and can earn the user significant points in the Dream11 Match Prediction side.

E Shikavka has impressed in the centre-forward position for Dinamo Minsk and will be a threat uptop. Shikavka has four goals from the last six games.

A Serdyuk has three goals from the last three games for league leaders FK Slutsk.

I Bakhar has two goals from the last six appearances for Dinamo Minsk.