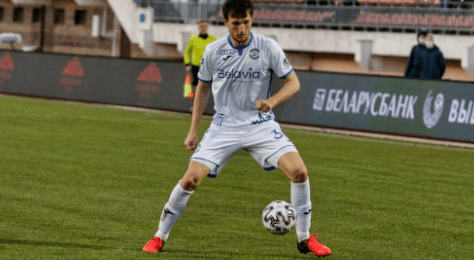 As the Belarusian Premier League goes on in full swing, it will be Dynamo Brest that takes on Shakhtyor Soligorsk at the Stadyen DASK Bretski. In what shall be a repeat of the Super Cup final as Dynamo lifted the title by winning the game 2-0, Shakhtyor will be keen on redemption.  With the two teams locking horns for the semi-final.

Both sides are currently struggling in the Belarusian Premier League but form can go out of the window once it comes to cup competition. In terms of standings in the league, Shakhtyor is at 11th with 8 points, whereas, Dynamo Brest resides a spot above the relegation zone at 14th with seven points on board.

S Ignatovich is expected to be in at goal. E Bykov, K Gabi, M Gordejchuk and S Kislyak could work as the back four for Dynamo. S Kislyak, A Milevsky and O Noyok are likely to accomodate the midfield region. M Vitus and R Yuzepchukh are the front runners of being in charge of the attack.

P Chesnovskiy should be the ideal choice to keep between the sticks. N Antic, S Balanovich, I Burko and G Diasmidze could be the line of defence. Y Kendysh, R Khardarkevich and D Podstrelov could fill in at midfield, while, S Politevich, L Shindagoridze and J Szoke are likely to feature in the advanced role.

Artem Milevskyi can pack a punch from the advanced region for Dynamo Brest. Milevskyi has two goals and three assists from the last 12 appearances for his side. Having the centre-forward in the Fantasy Football side could earn the user a decent amount of points.

Pavel Savitskiy can be one of the central figures in midfield Dynamo Brest. Savitskiy has three goals from the last 10 appearances for his side and having him in the today match prediction side could earn the user some valuable points.

Yuri Kendysh can play a pivotal role in the midfield region for Shakhtyor. Kendysh has three goals and three assists from the last 16 appearances for his side.

BATE has been a force to be reckoned with in the Belarusian Premier League by winning 15 titles. That being said, they haven’t done too well in the cup competition as they’ve won it just three times so far. They are behind by 1-0 to Slavia as of now, and if they are able to overhaul the result in their favour, it will be their first final since 2016.

As for Slavia Mozyr, they have conceded 10 goals from their last six games and have registered just two wins in the process. From the last six away games, Slavia has collected three wins and endured three defeats which displays Slavia’s unpredictable nature on the pitch. In terms of the standings in the league, BATE is currently at the fourth spot with 10 points. Meanwhile, Slavia has been dwindling at the 13th spot with seven points on board.

A Chichkan is likely to feature in at goal for his side. D Baga, Y Berezkin, D Bessmertny and S Dragun are likely to be the back four. E Filipenko, B Nastic and P Nekhajchik could occupy the midfield region. M Skavysh, I Stasevich and Z Volkov should be in the line of leading the attack.

Mikhail Baranovsky should be the front line goal keeper. Aleksandr Kotyarov, Vladislav Zhuk and Yegor Potapov could partner in at defence. Yury Nedashovsky, Yuriy Pantya and Gleb Shevcheno are likely to accomodate midfield. Francis Narh, Nikita Melnikov and Aleksandr Raevskiy could be in charge of the attack.

Stanislav Dragun can pack a punch from the midfield role for BATE. Dragun has four goals and an assist from the last 16 games for his side.

Maksim Skavysh has scored two goals from the last three appearances in the Belarus Cup.

Nikiti Melnikov can be one of the central figures in the attacking front for Slavia. Melnikov has four goals and two assists from the last eight appearances for his side.