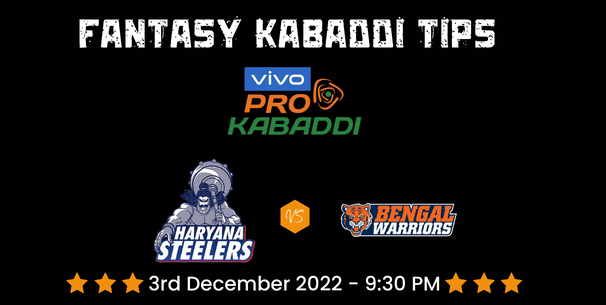 Haryana Steelers kept their playoffs hopes alive with two consecutive wins. They need to continue with the same momentum as they will now face Maninder Singh’s Bengal Warriors in match no 114 of Pro Kabaddi League season 9.

Who will score most raid points from Bengal Warriors in HAR vs BEN kabaddi match?

Who will score most Tackle points from Bengal Warriors in HAR vs BEN kabaddi match?