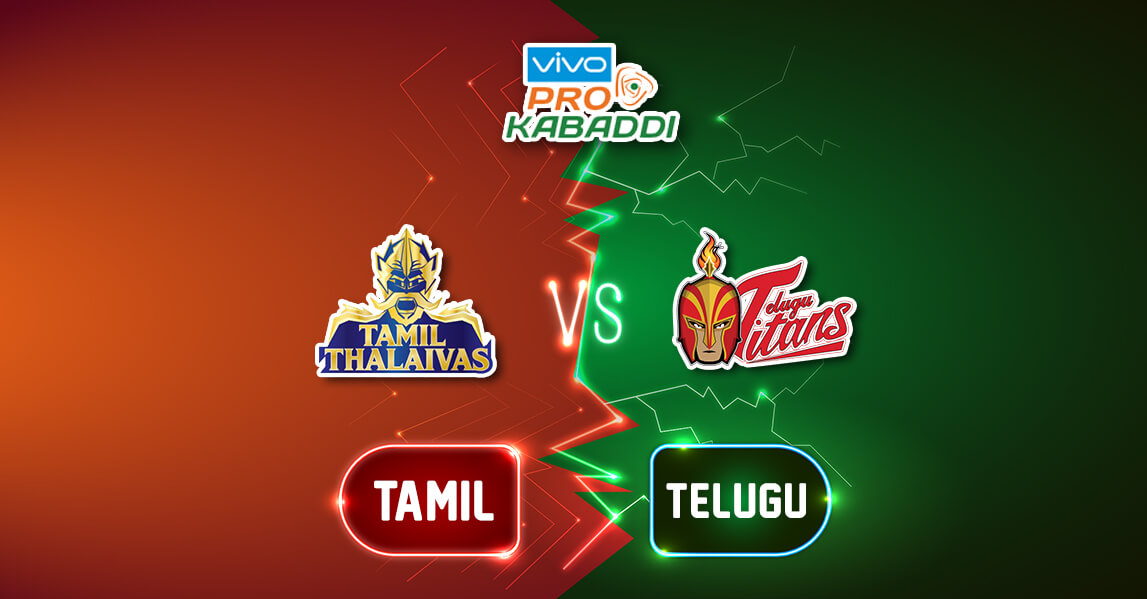 As the second home leg comes to its miraculous end, the competition now enters into the last week of November, and to start the proceedings of Tuesday, Zone B’s Telugu Titans will now square off against Tamil Thalaivas at the Arena by Transstadia in Ahmedabad.

Even without the services of skipper Vishal Bhardwaj, the Titans managed to pave their way against a Nitin Tomar less Puneri Paltan. Vishal has not featured in the last two games for his side which were against Bengal Warriors and Puneri Paltan. Though they lost the game against Bengal Warriors, but it was a closely fought contest which could have gone either way. Bengal defenders held their nerves to stay in the hunt and managed a defiant 5 points lead in the end with a scoreline of 25-30.

After a horrific start to their Pro Kabaddi league 2018 campaign, Tamil Thalaivas have found some stability off late. In their last 5 games, they have managed two wins, one draw while they lost on two occasions. Their last game was against a formidable UMumba who went past the Thalaivas in a dominating fashion by 36-22. The two teams battled it out in Ahmedabad in the Inter-Zonal Challenge week, Ajay Thakur led the raiding department with 7 points while Ponparthiban Subramanian got 2 tackle points to his name which was the highest for the team.

Let us delve into the HYD vs TAM Dream11 predicted seven, team news, and squads;

When: November 20th, 08:00 PM, IST
Where: The Arena by Transstadia, Ahmedabad

Defenders: P Subramanian has done a great job for Tamil Thalaivas in the last two games, he has got 5 tackle points to his name from last two outings, Amit Hooda is their primary defender and would be a potent link in this game as well.

Abozar Mighani has been exceptional in this season for Telugu Titans as he has produced 31 tackle points from 8 outings. Anil Kumar is also a good option to consider.

All-rounders: Irrespective of a not so worthy display in the last game, Manjeet Chillar has been the stalwart for Tamil Thalaivas with 37 tackle points from 11 outings. D Pradap is also an option here to feature in your fantasy team.

Raiders: Our premiere choices here are, Ajay Thakur who has got 109 raid points so far and Rahul Chaudhari who has got 70 points for Telugu. Among others, Jasvir Singh, Nilesh Salunke and Sukesh Hegde can be valiant picks.