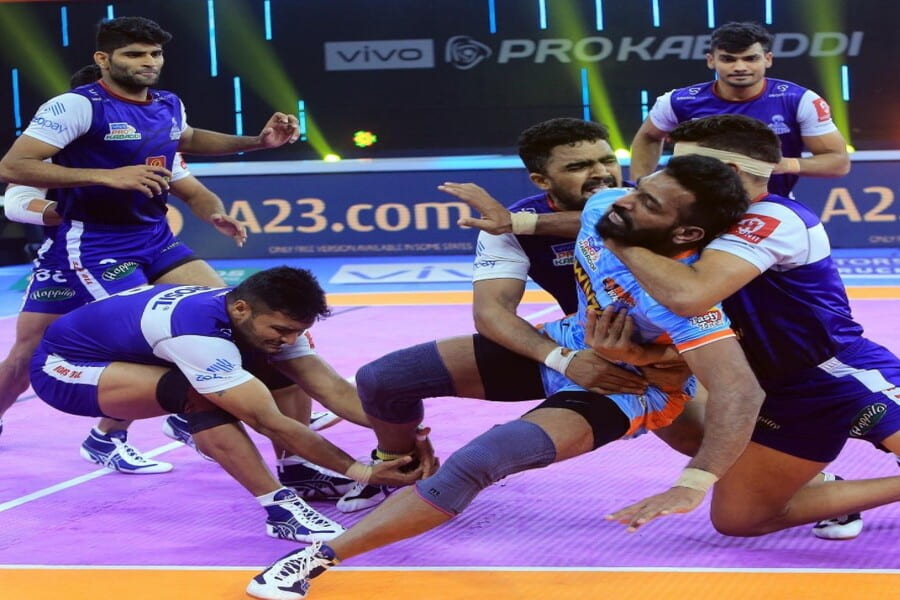 TAM vs HAR Dream11 Prediction: Two teams who are looking to consolidate their spot in the top 6 will be colliding in match no 102 of Pro Kabaddi League 2021-22. We are talking about Tamil Thalaivas and Haryana Steelers who are looking to get the better of each other in a crucial match this evening.

Both teams are heading into this contest with ample confidence. Thalaivas despite a loss in their previous fixture against U Mumba by 33-35, is closing in for a spot in the top 6. They have won two, lost two, and drew a match from the last 5 encounters and still have a fair chance to breach into the top 6.

On the other hand, Vikash Kandola’s Haryana Steelers is flying high and currently holding the fourth spot on the points table. A win here will elevate them to the third spot. They have won 3 of their last 5 games and are boiling with confidence. It will be a contest worth watching.

Both teams have been doing great in recent times. Thalaivas are chasing a spot among the top 6 and we could see a close contest between the two teams. Either a draw or a win for the Haryana Steelers is expected in this match.