CON vs LVA Dream11: WNBA season refuses to be over and we have seen a bunch of enthralling battles, showcasing the high level this league has possessed since its inception. The Finals have also lived up to the expectations and despite some blowout games, this has now become a full-blown battle. This happened when the Connecticut Sun ensured that they will be up against the Las Vegas Aces in Game 4 of the WNBA Final.

In Game 3, the Sun blew the Aces out completely, winning 105-74 taking advantage of the home court in big ways. There is no doubt that Alyssa Thomas’ monster triple-double(first in WNBA Final history) played the central role in the win. Can the Aces avoid a Game 5 or will the Sun spring up another surprise here?

Can the Aces get rattled?

In Game 3, the Sun outscored the Aces 34-19 in the first quarter, the Aces did manage to make it a nine point game before the last quarter. But in the last quarter, the Sun blew the Aces out of the hot water, outscoring them 28-7. After a couple of lean offensive nights, the Sun shot 55% from the floor, turning it over below 10 times and passing around 32 assists. Finally, all the starters scored in double-figures and all of them shot 50%, which happens rarely for this squad.

Meanwhile, the Aces didn’t shoot horribly themselves, making around 45% of their shots and gunning down 42.3% of their threes. In the first two games, while the Aces’ defense was turned on, their frailties in the run-and-gun game were exposed by Alyssa Thomas. The Sun has an experienced lineup that has been through such scenarios before and despite being down 0-2, they showed resilience. This will be an interesting test here for Connecticut.

*Stats from last Game 3*
Alyssa Thomas(CON)
Points: 16
Rebounds: 15
Assists: 11
Steals: 02
Blocks: 01
Forward Alyssa has been showcasing why she is one of the best players in the world and was just unstoppable in the last game on both ends. I believe she will be in 12-18 points, 8-12 rebounds, and 7-11 assists range.
Expected Fantasy Points Range: 40-60


Chelsea Gray(LVA)
Points: 11
Rebounds: 02
Assists: 07
Steals: 01
While Gray wasn’t inefficient in Game 3, she had been in great touch throughout the Playoffs and has been an MVP-level player. I expect her to be in 20+ points and 6-9 assists range.
Expected Fantasy Points Range: 28-40


Jonquel Jones(CON)
Points: 20
Rebounds: 05
Assists: 04
Jones has upped her offensive production during the Playoffs and she will be in for another big game here, using her size. I believe she will be in 14-22 points and 6-11 rebounds range.
Expected Fantasy Points Range: 30-41


A’ja Wilson(LVA)
Points: 19
Rebounds: 04
Assists: 03
Blocks: 03
Steals: 02
Nothing can stop A’ja in her current rhythm so it is difficult to see the Aces losing the series even after a humungous Game 3 defeat. The highly talented Forward can be in 20+ points, 10+, and 1-3 blocks/steals rebounds range here. She can be selected as a Star/Pro Player in the Dream 11 Prediction scenario.
Expected Fantasy Points Range: 40-58


DeWanna Bonner(CON)
Points: 18
Rebounds: 06
Assists: 05
Steals: 02
After shooting below 20% in the first two games, Bonner had her tail up in the last game while also playing elite-level defense like usual. I believe she will be in 9-14 points and 4-6 rebounds range here..
Expected Fantasy Points Range: 19-34


Kelsey Plum(LVA)
Points: 17
Rebounds: 06
Assists: 06
Guard Plum has had a couple of solid games and can be up for a big night in the last game as a scorer, and an all-around guard. I expect a 18-24 points and 4-7 assists range.
Expected Fantasy Points Range: 20-31 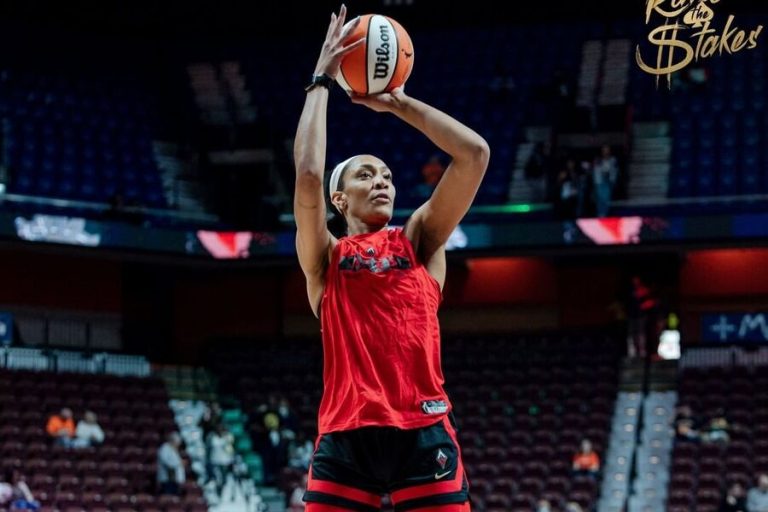 The Game 3 win for the Sun has spiced the Finals and let us see how A’ja Wilson response here. This game is available on the WNBA League Pass, a platform service for all the live games and their replays if you can’t watch the game. To watch the highlights, visit the official YouTube channel of the WNBA. To know the scores, news, and stats, go to the official website of the WNBA.