FRA vs ITA Dream11: The EuroBasket scene is constantly shifting towards the championship window and we have seen some amazing battles throughout the tournament. We have been blessed to see stars like Luka Doncic, Giannis Antetokounmpo, Nikola Jokic, etc in action and the European scene is full of some of the best ballers in the world. In this game, star defender Rudy Gobert’s France will take on a resilient Italy.

France continued the trend of playing last-second heists and pulled off a close 87:86 win against Turkey in the Round of 16 as Rudy Gobert pulled in 20 points and 17 rebounds.

Meanwhile, Italy pulled off a huge upset and sparked its campaign after defeating Serbia 94:86 as Marco Spissu turned up with a 22 points performance out of nowhere.

Can Italians spring another surprise?

Courtesy of Marcu Spissu’s unprecedented 22 points night and a strong long-range galore, Italy made 16 of their three-point attempts out of 38. Apart from Spissu, the team received praiseworthy performances from Simone Fontecchio, Nicolo Melli, and Achille Polonara in what was a masterful offensive showing. Italy’s tendency to keep scraping and move the ball around was in full flow. But surely, Marcu Spissu turned the game in their favor after having some off nights.

France’s golden chasm of Rudy Gobert enables them to seal the paint, get tough rebounds, and also some incredible rim play. Having played a bunch of thrillers, the team knows how to hold its breath and get it done. Evan Fournier gives a big scoring punch as the off-guard but in all honesty, the Guard-Forward play hasn’t been as consistent on the offensive end and the team relies heavily upon their enviable defense, anchored by Gobert. The shooting of Italy can test France but I believe they will have a big advantage inside. Guerschon Yabusele has been doing his bit but the team can end up missing the Finals if they don’t receive consistent Guard/Forward play.,

Rudy Gobert(FRA)
Points: 20
Rebounds: 17
Assists: 02
Blocks: 01
Center Gobert made key plays in the last game and has been torching the light of defensive fire wherever he goes while being a strong inside player. I believe he will be ion 17-24 points, 10+ rebounds, and 1-2 blocks range. He can be selected as a Star/Pro Player in the Dream 11 Prediction scenario.

Simone Fontecchio(ITA)
Points: 19
Rebounds: 05
Assists: 01
Steals: 02
Blocks: 01
Fontecchio has been a big-time contributor and has mostly led the Italian offensive effort, showcasing a sweet three-point stroke. I expect a 17-24 points and 4-7 rebounds range.

Evan Fournier(FRA)
Points: 13
Rebounds: 06
Assists: 03
Steals: 01
Evan has had his moments on the offensive end but has been off his game for around a couple of years now, not being able to capitalize on big gains. I believe he will be in 14-21 points and 4-6 rebounds range.

Nicolo Melli(ITA)
Points: 21
Rebounds: 06
Assists: 04
Blocks: 02
Steals: 02
Nicolo is a willing scorer and gave solid contribution in the last game, being perhaps the most consistent player beside Simone Fontecchio. I expect a 10-16 points and 4-7 rebounds range.

Thomas Huertel(FRA)
Points: 13
Rebounds: 04
Assists: 07
Steals: 01
Thomas can be a bit inconsistent with his shooting but he is consistent with his brilliant vision, being a serviceable playmaker. I believe he will be in 8-13 points and 6-9 assists range.

Achile Polonara(ITA)
Points: 16
Rebounds: 08
Assists: 03
Steals: 01
Blocks: 01
Polonara is a stretch-five who comes up with big-time production regularly, playing a big role in the middle. I expect a 10-16 points and 4-7 rebounds range.

Timothe Luwawu-Cabarrot(FRA)
Points: 09
Rebounds: 06
Assists: 03
Steals: 01
Blocks: 01
Forward Timothe has been a big-time defender who has given some solid minutes to the French set-up this tournament. I expect 7-11 points and 4-6 rebounds range.

Marco Spissu(ITA)
Points: 22
Rebounds: 04
Assists: 06
Steals: 02
Marco came up with a six-three night out of nowhere and exceeded expectations massively. I expect him to cool down a bit and be in 8-14 points and 4-6 assists range.

Guerschon Yabusele(FRA)
Points: 09
Rebounds: 00
Assists: 03
Steals: 01
Yabusele has gotten it done as the power player but the French effort may need more explosion from him. I expect a 6-10 points and 3-5 rebounds range.

Amath M’Baye(FRA)
Points: 09
Rebounds: 00
Assists: 01
Steals: 01
Amath has received a spike in his minutes for a couple of games, will it continue? I believe he will be in 5-9 points range.

Stefano Tonut(ITA)
Points: 05
Rebounds: 01
Assists: 03
Tonut is a solid defender who can chip in with a few points too. I expect a 4-8 points and 3-5 rebounds range.

Terry Tarpey(FRA) and Andrew Albicy(FRA) are starters but play bench minutes. Expct a 2-6 points range from them.

Alessandro Pajola(ITA)
Points: 01
Rebounds: 03
Assists: 04
Steals: 01
Pajola has been a solid playmaker off the bench. I expect him to be in 3-5 assists range. 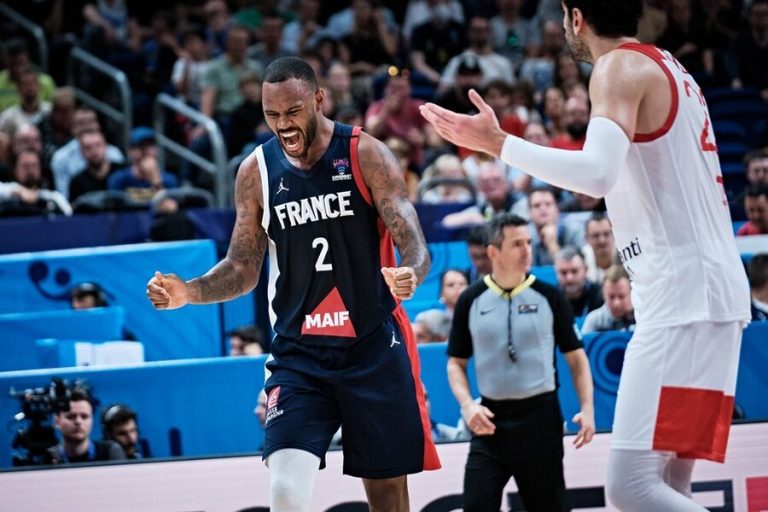 Can the sprightly Italians spring up a surprise against Rudy Gobert-led France? FIBA EuroBasket can be witnessed on the Courtside 1891 website offering 30% off. You can know the score through the official website of FIBA. You can watch the highlights on YouTube.