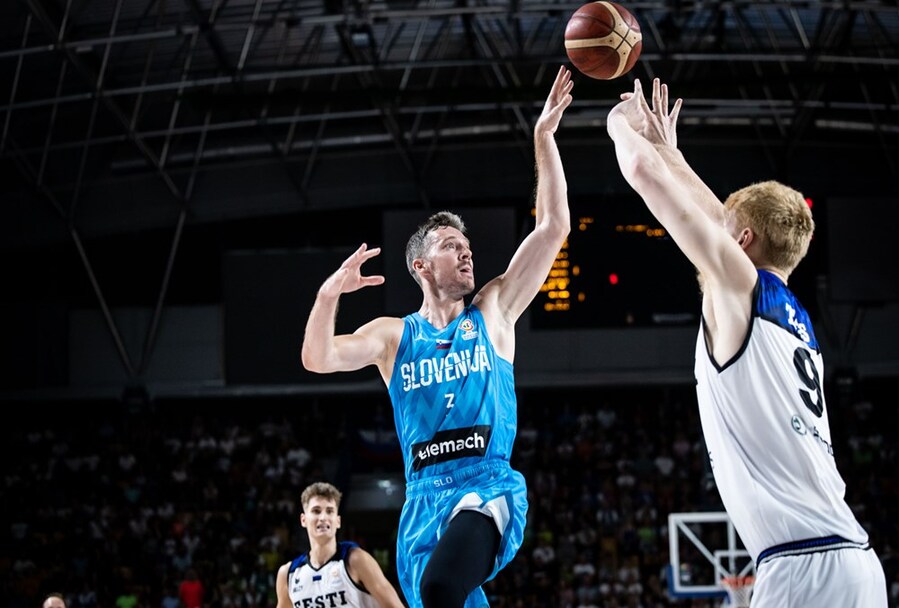 ﻿GER vs SLV Dream11: FIBA Men’s Qualifiers have now juiced up and we have reached an interesting phase of the second round where it will soon be decided which teams are going to make it to the Basketball World Cup next year. That makes for amazing viewing and a lot of fun times are ahead of us. They will only expand when Germany will clash with Slovenia.

Germany comes into the game after defeating Sweden 67:50 behind Franz Wagner’s 16 points performance. The team has a couple of NBA talents and a ton of experienced players surrounding them.

Meanwhile, Slovenia also comes off a big triump as they defeated Estonia 104:83 as Luka Doncic had another superb all-around performance, collecting 25 points.

This is a tough one to judge, but the Luka Factor will be in full display for Slovenia.

Luka Doncic is NBA’s elite class player and that means he is one of the world’s best. His ability to pick apart defenses with his immaculate game has made him a winner and there is no doubt that any team he plays for automatically becomes better and a well-oiled unit. With him at helm, the job for teammates Goran Dragic, Vlatko Cancar, and others has become easier. Goran especially looked in great touch during the last game.

Franz Wagner’s development in the NBA as a rookie means that the German squad has taken a leap this time around. They have the ball-handler Dennis Schroeder running the show but the bench strength looked a bit questionable to get things going for sure. Against Slovenia, Germany will need a special performance or they will be in dire straits.

Luka Doncic(SLV)
Points: 25
Rebounds: 11
Assists: 08
Blocks: 01
Doncic’s name rings loud and far in the basketball world and this wizard showcased his magic straightaway in the Qualifiers. I expect a 26-33 points, 9-14 rebounds, and 7-10 assists range here. He can be selected as a Star/Pro Player in the Dream 11 Prediction scenario.

Franz Wagner(GER)
Points: 16
Rebounds: 05
Assists: 05
Blocks: 02
Steals: 02
Wagner does a lot of other things apart from scoring and there is a huge reason why the Magic Forward was among the Rookie of the Year candidates last season. I believe he will be in 17-22 points, 6-8 rebounds, and 4-7 assists range.

Goran Dragic(SLV)
Points: 19
Rebounds: 01
Assists: 06
Blocks: 01
NBA vet Goran showed why he is so highly rated in the last game and turned back the clock with a special performance. I believe he will be in 15-22 points range here.

Dennis Schroeder(GER)
Points: 12
Rebounds: 02
Assists: 03
Steals: 01
German PG Dennis has been in the NBA for a long time now and his incredible scoring and playmaking will be huge here. I believe he will be in 14-19 points and 4-7 assists range.

Vlatko Cancar(SLV)
Points: 14
Rebounds: 03
Assists: 00
Steals: 01
Cancar scored 14 in just 14 minutes and he has been one of the Slovenian national team regulars for quite a bit now. I expect a 10-14 points and 3-6 rebounds range here.

Johannes Voigtmann(GER)
Points: 05
Rebounds: 09
Assists: 03
Blocks: 01
While he has limited offensive skillset, Johannes is huge when it comes to the rebounding front. I believe he will be in 4-8 points and 7-11 rebounds range.

Zoran Dragic(SLV)
Points: 09
Rebounds: 04
Assists: 01
Blocks: 01
Zoran does a great job of being a role player and he has surely contributed a lot. I believe he will be in 8-12 points and 3-5 rebounds range.

Jonas Wohlfarth-Bottermann(GER)
Points: 11
Rebounds: 12
Assists: 00
Blocks: 01
Steals: 01
Jonas had a solid rebounding and inside production in the last match. I believe he will be in 8-12 points and 7-10 rebounds range.

Andreas Obst(GER)
Points: 06
Rebounds: 04
Assists: 00
Andreas is a sharpshooting guard but his production has been limited. He can be in 5-9 points and 3-5 rebounds range.

Klemen Prepelic(SLV)
Points: 13
Rebounds: 02
Assists: 02
Klemen is a great scoring guard who gives Slovenia huge bench strength. I believe he will be in 10-15 points range.

Ziga Demic(SLV)
Points: 05
Rebounds: 05
Assists: 00
Ziga is a strong contributor off the bench.