LVA vs CON Dream11: The WNBA is into the Finals and there is no doubt that the intensity level during the prior rounds sets a brilliant precedent. We have discovered a bunch of hungry teams, willing to risk it all, play with all in their body and claim the championship. Both the Semi-Finals series was awesome and brought us close games and also a bunch of comebacks. The Storm-Aces series surely deserves a big mention in the lore of the W as it is one of the closest series in the story. And just like the Yolanda Griffith-Lisa Leslie match-up during the Kings and Sparks series from the early to mid 00s., there was a much-anticipated A’ja Wilson-Breanna Stewart match-up in the last Semis, making for a pleasurable viewing.

Enough about what happened, let us dive into what is to take place. In the first game of the Finals, the Las Vegas Aces is going to take on Connecticut Sun. The Aces were pushed to the brink by the Storm, winning 97:92 against the Storm courtesy of the late-game takeover by Chelsea Gray, who ended up with 31 points. On the other hand, the Sun turned the tables on the last season champion, the Chicago Sky, winning the series in five games, and winning two in a row to complete the comeback. They come into this game after beating the Sky 72:63 in a balanced team effort. How will these contrasting styles mash up here?

The Aces like to run a lot, they had the best pace in the league and they churned out a similar brand of basketball against the Storm, which brought them huge gains indeed. What gave the Aces edge over the Storm was that they had four solid scorers, three of them in Plum, Wilson, and Gray constantly peaking past the 20 points mark while Jackie Young kept making key shots. They engaged the Storm in a shoot-out type of scenario, which suits their style in many ways. All that is left in that case is getting those key stops which they did continously.

The Sun are opposite, they don’t play at a high-pace and like to slow down the pace, making their opponents work hard for every past. Their defense was elite against the Sky, and restricting a team like that below average isn’t easy. Thus, they will fancy their chances even against the steamrolling Aces. For the Sun, having Alyssa Thomas will be key as she can do a lot of things, however, one area where they lacked the steam was identifying a consistent scorer, but a huge plus was that Courtney Williams got her rhythm back through the process.

In this series, it will be interesting to see how the Sun control the versatile scoring set of the Aces, a team that has brilliant ball-handlers, accurate passers, amazing cutters, and can both finish inside and also shoot from outside. The Aces can live with a couple of players having off-nights because they are just too loaded and Chelsea Gray may end up being the toughest match-up here, considering how much she has bothered defenses. Let us see how the gang defense of the Sun deal with the relentless attacks of the Aces.

*Stats from last Game of the Semis*
Alyssa Thomas(CON)
Points: 12
Rebounds: 10
Assists: 08
Blocks: 01
Thomas is one of the biggest reasons why the Sun has made it this far. She provides strong inside scoring, top-notch passing, tough rebounding, and also can play top-level defense. I expect her to be in 12-16 points, 8-12 rebounds, 6-10 assists, and 1-2 steals/blocks range.
Expected Fantasy Points Range: 40-60

Chelsea Gray(LVA)
Points: 31
Rebounds: 06
Assists: 10
Steals: 01
Guard Gray has been the most clutch player in the Playoffs and continue to inflict pain on defenses through her unbelievable scoring chops. I expect a 20-30 points, 6+ assist, and 4-7 rebounds range.
Expected Fantasy Points Range: 28-40

Jonquel Jones(CON)
Points: 15
Rebounds: 10
Assists: 02
Blocks: 02
Steals: 02
Jonquel sprinkled a lot of key buckets in the last series and is a huge threat in terms of scoring, rebounding, and defense, using her size well. I believe the future Hall-of-Famer will be in 13-19 points, 8+ rebounds, and 1-2 blocks/steals range.
Expected Fantasy Points Range: 22-34

A’ja Wilson(LVA)
Points: 23
Rebounds: 13
Assists: 02
Blocks: 03
Steals: 01
A thunderous first-step, low-post prowess, off-the-ball shooting, pump fakes, tough rebounding, and elite defense, these are among some of the things that A’ja does regularly. I expect a 20+ points and 10+ rebounds range. She can be selected as a Star/Pro Player in the Dream 11 Prediction scenario.
Expected Fantasy Points Range: 36-50

DeWanna Bonner(CON)
Points: 15
Rebounds: 09
Assists: 05
Blocks: 01
Steals: 01
Bonner turned her game around in the second half of the series and shot more efficiently while giving her usual strong defense and also above-average rebounding and passing. I expect her to be in 10-16 points, 5-7 rebounds, and 3-5 assists range.
Expected Fantasy Points Range: 19-34

Kelsey Plum(LVA)
Points: 15
Rebounds: 02
Assists: 04
Steals: 02
Plum made six of his eleven shots in the last game and has showcased her high-level driving and shooting game in big ways. I expect a 16-22 points and 3-5 assists range.
Expected Fantasy Points Range: 30-42 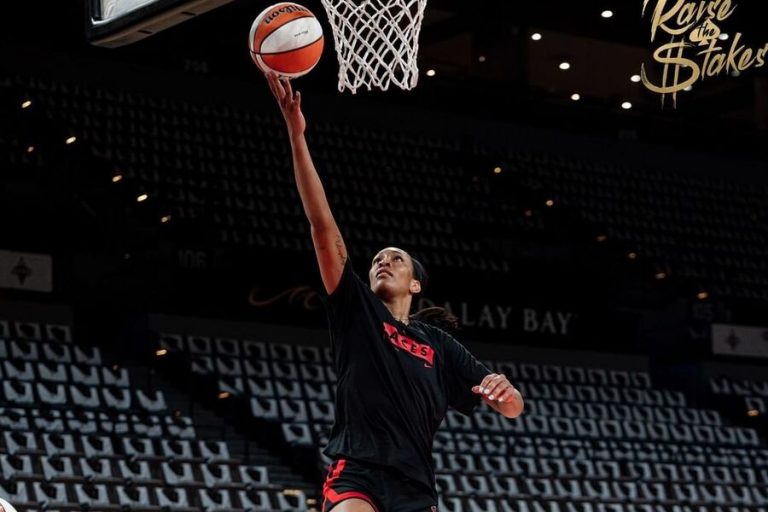 The pace carnival of the Aces clash against the handsy Sun, will A’ja help her team defender home court as Alyssa Thomas gives her a few hits every now and then? This battle is available on the WNBA League Pass, an App/web service for all the live games and their replays if you can’t watch the game. To view the highlights, visit the official YouTube channel of the WNBA. To learn the scores, news, and stats, visit the official website of the WNBA.