Slovenia vs Germany Olympics Live: The QuarterFinals will kickstart with this mouthwatering match-up. Now there will be no complicated mathematics for qualifications and it will be a straightaway elimination scenario, win or go home. The knockout rounds will begin with basketball’s poster boy Luka Doncic and his squad Slovenia will take on the Germans. Germany didn’t have an alluring Group Stage performance and they will like to bury some monsters here for sure. Slovenia won all of their three group games while Germany heads into the game after losing to Australia. The Slovenians are clicking right now but can the Germans find some rhythm? More details about SLV vs GER Dream11 will be given here.

Where to WATCH Slovenia vs Germany Olympics Live Score and Streaming?

Slovenia| Germany
Games: 03 | 03
Wins: 03| 01
Defeats: 00| 02
Slovenia vs Germany Olympics Basketball: This German team lacks a player like Luka Doncic who can carry the team and instill confidence. The Slovenians have been carried thus far due to the heroics of Luka but Dragic, Klemen, Tobey, and Cancar have also stepped up their games in tough situations. The Germans have been terrible at taking care of the ball and have squandered a lot of possessions in multiple games which have led to their 1-2 record in the Group games. Shot selection also has been a major problem for the Germans meanwhile Slovenians have done an incredible job of moving the ball and getting good looks, making them one of the efficient teams right now. Can the Germans stall the mighty Luka Doncic and find some spark on both sides of the floor?

Luka Doncic:
PPG: 28.3      RPG: 10.7      APG: 7.0
Luka has registered his name in the annals of basketball and he just keeps becoming more and more devastating at the offensive end. Doncic has incredible dribbling skills, he can shoot from distance, drive to the basket, plus he has in-between moves like floaters, runner, jab-steps, fade-aways, step-through, etc. The list is too long and one can go on and on. He is also a top-notch rebounder and playmaker, making him a consistent triple-double threat. Luka struggled to shoot against Spain but racked up 12 points, 14 rebounds, and 9 assists. Doncic’s offense makes him an excellent pick-up as the Super Player in the Dream11 Fantasy scenario.

Maodo Lo
PPG: 14.3      APG: 6.0      RPG: 3.3
Lo is an excellent offensive player, he handles the ball well, has a lovely shooting form, and also has a driving game. He can stop on the dime and pop up from beyond the arc and he can also hit some shots on the move. Maodo also has the capability to find open teammates and paints a great picture as a PG. However, Maodo is averaging 6 TPG and needs to take care of the ball better. Lo turned up with 6 points, 5 assists, and 4 rebounds.

Mike Tobey:
PPG: 11.0    RPG: 13.0
Tobey is a big-bodied Center who has been crucial to Slovenia’s success. Mike can put up points inside, box out and capture boards at a high clip. Tobey also has a decent shooting touch meaning he is a perennial double-double threat. Mike nabbed 16 points, 14 rebounds, and 3 assists versus Spain.

Moritz Wagner
PPG: 11.7      RPG: 3.3
Moritz is a highly talented big man. He can finish inside, pop up jumpers, and has a lot of athletic ability. Wagner is not the best of defenders and rebounders but the Germans use him off the bench as a scoring option. Moritz put up 6 points and 3 rebounds against Australia. 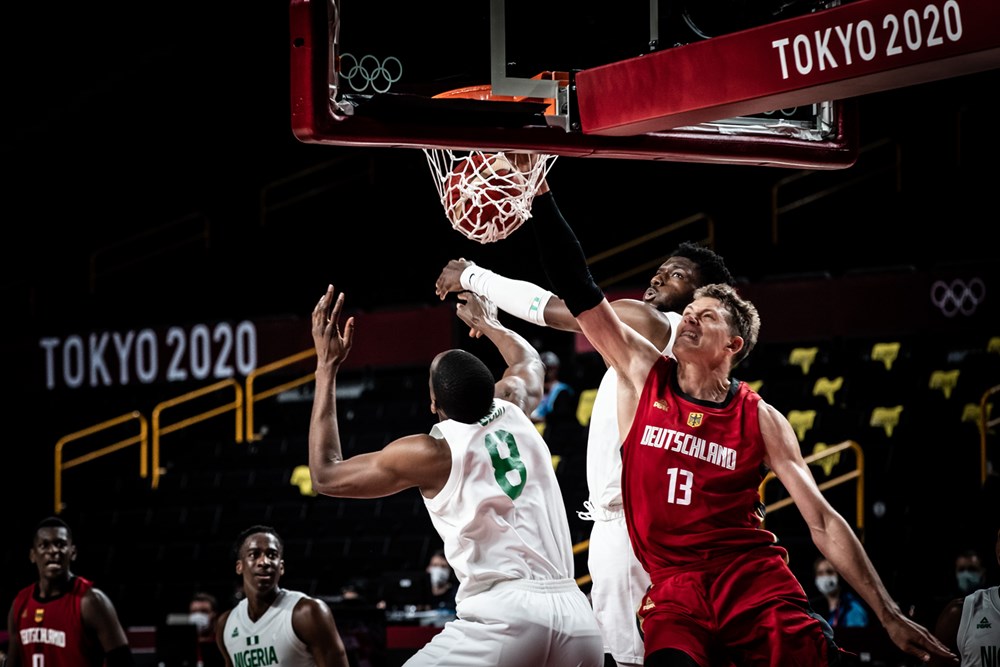 Vlatko Cancar
PPG: 16.7       RPG: 3.3
Cancar is an incredible scoring Forward who can catch lobs, hit mid-range shots, and also has an impressive touch outside the 3-pt line. Vlatko has a complete offensive game and has raised Slovenia’s hopes. He was on fire against Spain, claiming 22 points. 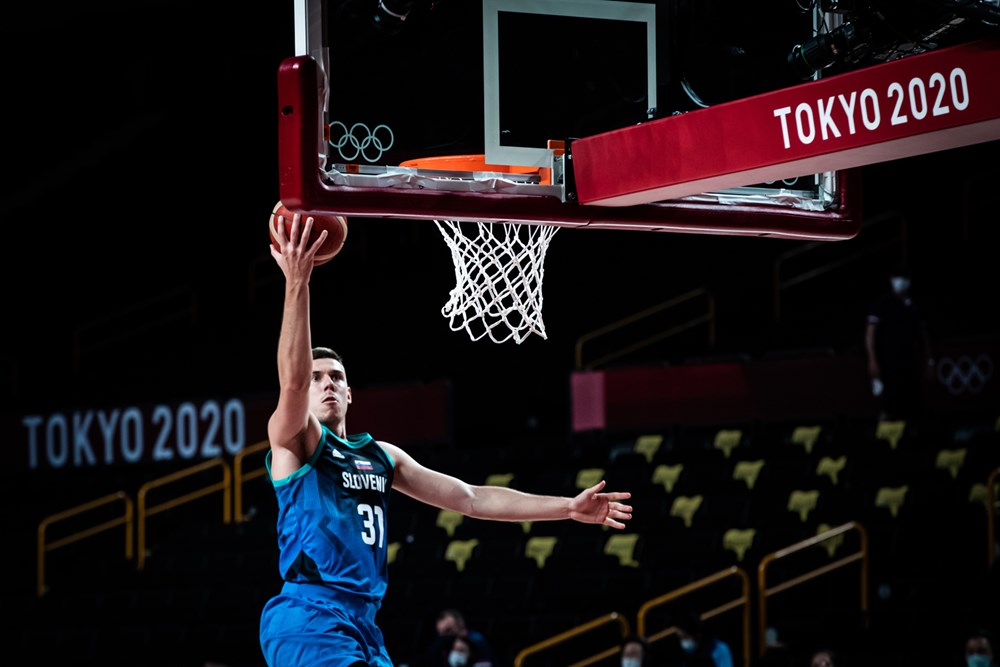 Johannes Voigtmann: PPG: 9.7     RPG: 8.7
Voigtmann is the last line of defense and prominent rebounder for the Germans. He is not an athletic player but has great shooting ability allowing the Germans to stretch the opposition’s defense. Johannes collected 7 points and 13 rebounds against Australia.