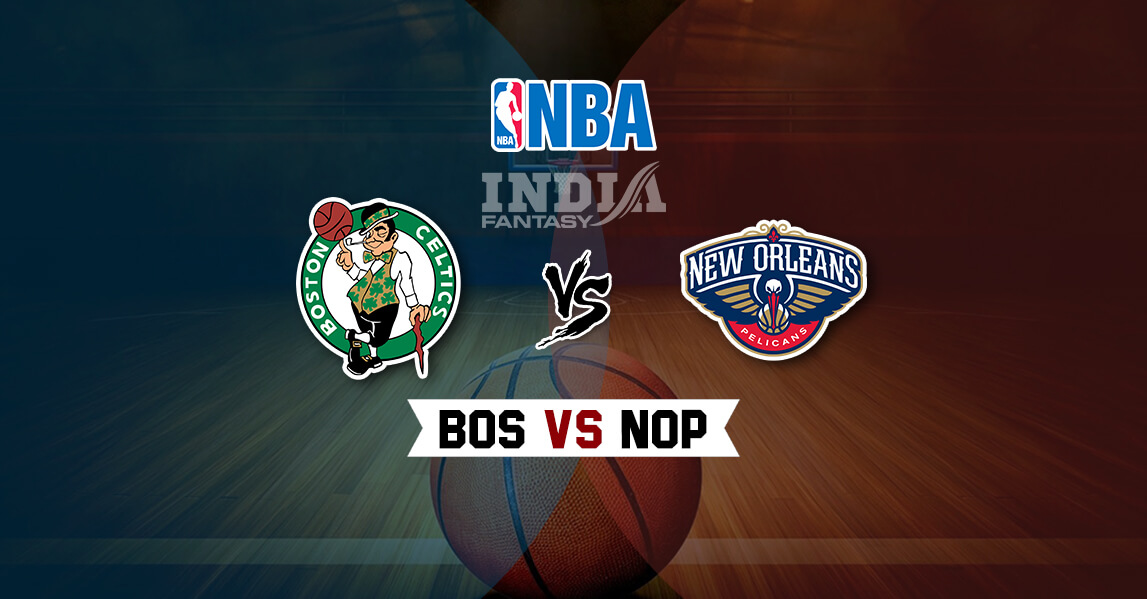 Two teams struggling for consistency this season will face each other when New Orleans Pelicans welcome Boston Celtics for an NBA match at Smoothie King Center, in New Orleans, Louisiana, on Tuesday morning (IST).

Superstar Anthony Davis’ future remains in dark and two of his potential destinations are Los Angeles Lakers and Boston Celtics.

There was never a doubt about his potential and if Greens are to make their mind to speed up the chase for his signature then this could be a game where things take some shape in that department. Davis will be up against Celtics and will be aiming to snap his team’s three-game losing streak when he steps out onto the Smoothie King Center for this important NBA clash.

In the last six games, Pelicans have won six and lost four with three of those coming in the last three matches. With Western Conference a zone where some talented squads are certainly going to miss out in the playoffs spots, New Orleans can’t afford to lose ground on the top-8 at this stage of the tournament.

Boston Celtics, on the other hand, are 7th in the Eastern Conference with a 10-10 record so far this season. They have a negative record in the last 10, winning four and losing six times, while the last match also ended in a defeat against Dallas Mavericks.

Boston were 2nd best team against Dallas for most of the play. They lost all the quarters, except the 2nd one winning it 30-27, and lost their fourth game in the last five.

The defence wilted once again under pressure as Celtics conceded 113 points or more for the 3rd time in the last four matches.

Kyrie Irving and his teammates can’t afford the defensive fragilities if they are to win the Conference. Also, Toronto Raptors, Milwaukee Bucks and Philadelphia 76ers, the top three teams in East are the top scorers as well.

New Orleans Pelicans:
Anthony Davis- The superstar is leading al lost all the charts for his team this season, and it was least expected from a player earmarked as a future MVP. The 25-year-old is dropping 27 points per game and is also accumulating 12.6 rebounds per game.
Jrue Holiday – He is in very good scoring form, scoring in the 20s or more in three of his last five games. The 28-year-old is dropping 20 points per game.

Kyrie Irving – The former Cleveland Cavaliers star is the main man in Boston Celtics roster. A player who has won the NBA in 2016, his average of 21.7 is not good enough to do justice to the quality that he possesses. Still, Irving is indispensable and should be in your NBA fantasy team.
Jayson Tatum – Still just 20, and a player who gave some nervy moments to king LeBron James in last seaosn’s Eastern Conference finals, Jayson Tatum is a star for the future. However, the 2017 1st round pick is the scoring 2nd most points in Celtics.

BOS vs NOP DREAM11 TEAM NEWS:
New Orleans Pelicans:
Injured – New Orleans Pelicans will be without Elfrid Payton who is suffering from a finger injury.
Questionable – Pelicans are on a three-game losing streak coming into this match, and the absence of Anthony Davis didn’t help them in the last match. He remains a doubt for this match due to a hip injury.
Suspended – None.

Boston Celtics:
Injured – Jabari Bird will not be travelling to Louisiana as he is not part of the squad due to some personal reasons.
Questionable – Gordan Hayward is suffering from an ankle injury and will be assessed ahead of the match.
Suspended – None.

Both the teams are struggling for results and consistency in the last few weeks. But since New Orleans Pelicans are at home, we are making them favourites in this match.

NOTE: THIS BOS vs NOP DREAM11 MATCH PREVIEW IS BASED ON OUR RESEARCH AND UNDERSTANDING FROM VARIOUS NEWS SOURCES. YOU CAN SELECT YOUR OWN PLAYING 11 ON THE BASIS OF TEAM NEWS.