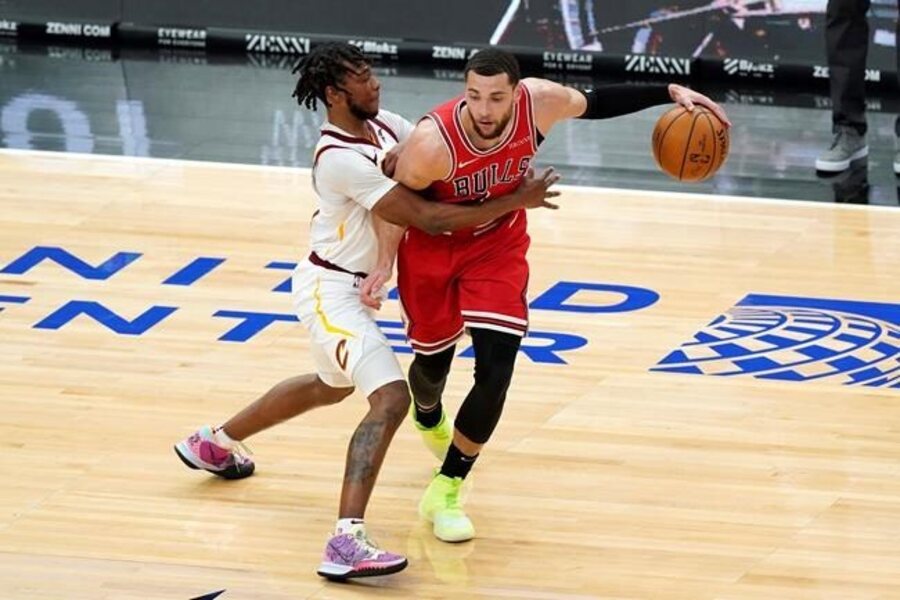 CLE vs CHI Dream11: COVID-19 is still raging and the injury list always looking to mount up during the long course of the season, the team depth of different squads will be tested. In this case, a depleted Chicago Bulls take on the Cleveland Cavaliers. Bulls have double more wins than losses while Cleveland is one game above the 50% win mark.

Cleveland has perhaps the most dominating frontline in terms of size and the squad plays 3 bigs from the Small Forward to the Center. With Darius Garland at the helm, the Cleveland Cavaliers have been playing some aspiring basketball and the bench players also have done their bit.

Chicago Bulls are much deeper than last season. Now even with DeRozan has been placed in the healthy & safety protocols, the team has scorers in LaVine, Vucevic, and Ball who are more than capable of picking up the slack. Chicago is emerging as a big-time squad in the Eastern Squad.

Cavaliers: Plays tough at both ends
With two athletic bigs patrolling the inside, the Cavs can cause a lot of ruptures on the defensive end. On the offensive end, the team has improved and can score 104-114 points more frequently than before. Darius Garland can go for big scoring nights and can also act as a superb playmaker. Love, Rubio, and Osman off the bench have also been instrumental for this team. But perhaps the play of starting Center Jarrett Allen has been the most productive as he has given 25+ points and 10+ rebounds during many nights.

Bulls: They have depth
Chicago extracts a lot out of the two off-guards in DeRozan and LaVine, who can both act as high-yielding isolation scorers. With DeRozan and Caruso out, LaVine can raise his scoring, Ball can do the same while even though Nikola Vucevic struggles at times shooting the ball, he can seal off opposing bigs and provide viable production. Chicago’s bench is running thin with so many players out but it isn’t a matter of panicking for the team with its extraordinary depth.

Zach LaVine(CHI)
Points: 32
Rebounds: 03
Assists: 08
Steals: 01
LaVine will have to take most of the scoring duties with DeRozan out of the fray. I think his points range will increase from 25-30 to 27-35 now. Zach LaVine is already averaging over 25 so that will not be a surprise at all.
Expected Fantasy Points Range: 43-55

Jarrett Allen(CLE)
Points: 25
Rebounds: 09
Assists: 00
Blocks: 02
Jarrett Allen has had a huge impact this season at the Center position. He is having a career-best season and has scored 25 or more thrice and grabbed between 9-14 rebounds in each of the last five games. He is an option for Star/Pro Player in the Dream11 NBA scenario.
Expected Fantasy Points Range: 38-52 Nikola Vucevic(CHI)
Points: 20
Rebounds: 10
Assists: 02
Blocks: 01
Steals: 01
Nikola Vucevic has expanded his offensive game and even though he struggles from the field at times, he can occupy the inside position and provides top-notch rebounding too. He can pitch in 18-25 points, 9-14 rebounds on a regular basis.
Expected Fantasy Points Range: 36-48

Darius Garland
Points: 10
Rebounds: 03
Assists: 09
Darius is carving out space as one of the best playmakers in the league and has been aggressive scoring-wise. He has scored 31 or more twice and dished 9 or more assists thrice in the last five games.
Expected Fantasy Points Range: 24-35

Lonzo Ball(CHI)
Points: 20
Rebounds: 10
Assists: 04
Blocks: 04
With DeRozan out, you’d expect Lonzo to expand his scoring range as well, but Lonzo is more than a scorer. Ball can score in the 16-24 points range, dip in 6-10 rebounds, and 4-7 assists with a thinned-down lineup.
Expected Fantasy Points Range: 35-47

Lauri Markkanen(CLE )
Points: 20
Rebounds: 07
Assists: 02
Blocks: 01
After shooting around 33% from the field during the beginning of the season, Markannen has raised his percentage to 40+. He has scored 15 or more thrice in the last five games.
Expected Fantasy Points Range: 30-40 Now that Sony Liv and Sony Six are not broadcasting the live NBA games, Indian fans can’t enjoy the action on TV. But worry not! You can still access the games if you opt for the NBA League Pass, where options for both annual subscription and pay-for-a-game are available. To follow the score and stats, you can go to the official website of the NBA.