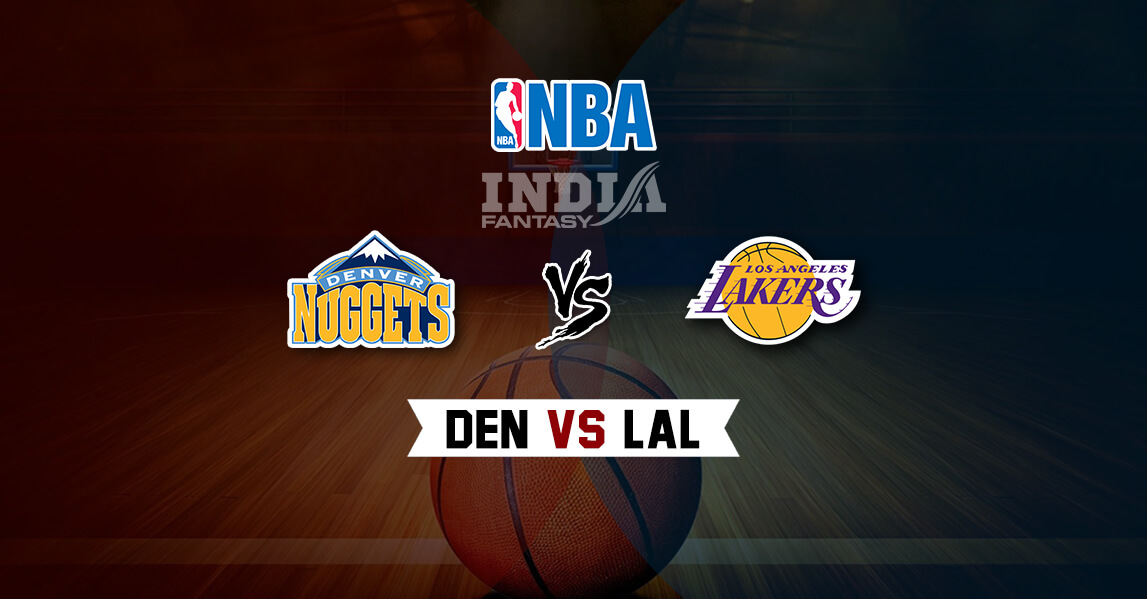 With the playoff hopes all but gone, Los Angeles Lakers will be looking for a morale-boosting win when they host a high-flying Denver Nuggets in a regular season NBA match at Staples Center, in Los Angeles Lakers, on Thursday morning (IST).

Los Angeles Lakers’ hopes to make into the playoffs became bleaker after losing 105-113 against Los Angeles Clippers at Staples Center.

At a moment when the Showtime need all the resources for one final push towards the post-season, the luck deserted them as the news came just before the match that Brandon Ingram would be missing the match due to an unexpected shoulder injury.

Lakers had a good start to the match though, as they won the first quarter 34-26. But Clippers came out of the blocks in the 2nd and won the quarter 35-23. The Showtime could never recover from the first half deficit.

With the defeat, the Lakers are now 30-34 in the regular season and slipped down to 11th in the Western Conference.

Denver Nuggets could use a win after losing the last three games. But their position in the West remains as solid as it was before and they st 2nd on the table.

Two of those losses came at home which was rather surprising considering how they have fared in home games in the 2018-19 campaign.

Los Angeles Lakers:
LeBron James –The one player who deserves to be in the post-season is Lebron James, arguably one of the best players of all time. It was him who made the bottom rotted Cleveland Cavaliers a champions material. However, he has failed to do so in the Western Conference.
Still, his numbers are quite high, best for Lakers by a stretch.

Brandon Ingram – Though he is a doubt for this match, still the possibility of his inclusion in the match makes him a risk worth taking for. The 21-year-old has been a revelation of sports in the last month or so, as he has scored points at 24.0 per game in the last 10 matches.

Denver Nuggets:
Nikola Jokic – The 24-year-old is an All-Star now after featuring for Team Giannis at the All-Star weekend. He is just too good, and there is nothing he can’t do on the court this season. The 7 feet Center is racking up 20.6 points per game.
Also, he is leading both the rebounds (10.7 per game), and assists (7.6 per game) for Nuggets.

Jamal Murray – He has emerged as the 2nd best player for Nuggets this season and a truly indispensable part of the roster. The 22-year-old is averaging 18.3 points per game.

DEN vs LAL Dream11 TEAM NEWS:
Los Angeles Lakers:
Injured – Kyle Kuzma hurt his ankle later in the match but had his MRI return clean. However, he is expected to miss this match. Meanwhile, Lonzo Ball remains a long-term absentee.
Questionable – Brandon Ingram was a surprise exclusion against Clippers. The reports later revealed that the 21-year-old suffered from a shoulder injury. He is questionable for this match.
Lance Stephenson will be a game-time call, according to sources.
Suspended – None.

Denver Nuggets:
Injured – Trey Lyles (muscle Injury) and Michael Porter Jr. (back injury) have both been ruled out of this match.
Questionable – None.
Suspended – None. INDIA FANTASY PREDICTION:
Lakers have underperformed even at home this season, losing 14 times in the 32 games. While Nuggets have split up the 30 games on the road. Lakers will not be at full strength but we back them to snap their 3 game losing streak against Nuggets.

NOTE: THIS DEN vs LAL Dream11 MATCH PREVIEW IS BASED ON OUR RESEARCH AND UNDERSTANDING FROM VARIOUS NEWS SOURCES. YOU CAN SELECT YOUR OWN PLAYING 11 ON THE BASIS OF TEAM NEWS.