DET vs CLE Dream11: Hey, NBA fans! How has the NBA midseason window treated you? Well, isn’t the league fun when there are teams that can rise up during random windows and then continue to pour heat for a long period, it takes that one single run to build successful habits. And one of those teams that found the spark around December in Cleveland Cavaliers will meet the Detroit Pistons.

Cavaliers have been on fire for a couple of months now. They have won three in a row and they have been on a lengthier streak before, and overall, they have won eight out of the last nine games. The team relies highly on the length and with Garland at the helm, the team can supply assists and score at a high rate.

Pistons are having a hard time on both ends of the floor and well, their current record showcases their struggle quite a bit. Well, this is a highly young team and they had a tough time last season too, and currently, they are just doing as expected. Still, for a rebuilding time, going through this time is a norm.

Cleveland has been playing without Lauri Markkanen recently and without him, the Cavaliers have found out new combinations that have worked out well. They have won three games without him but they have kept the theme of length going. See, the Cavaliers are a peculiar team, they don’t have an off-guard(Shooting Guard) and their dominant ball-handler is Darius Garland. The team plays two Centers, two Forwards, and a Point Guard in the lineup and that is not the norm and hasn’t been the traditional setup in the NBA.

That is why it is essential for this system to have a Point Guard who can make the needed passes and this is where Darius Garland has been huge. He is also a big-time scorer and has displayed defensive discipline that makes this team successful. Mobley, the rookie, has been a big-time contributor on both sides of the floor while Jarrett Allen has done a great of pulling down boards, blocking shots, and supplying inside offense. On the other hand, Kevin Love as the reserve player does the heavy lifting on the scoring and rebounding front while Forwards Osman, Stevens, and Wade do well to round up the rotation along with PG Rajon Rondo. The Cavaliers have been winning quite a bit and they can become a big Playoffs squad down the line.

Pistons have been having a tough season and that is due to their plethora of young players. Detroit has been in the rebuilding phase and since the last season, they have lost quite a bit. And well, what does that mean? It means they are heading towards the lottery and looking to add more youngsters. Detroit’s offensive woes have also been exacerbated since their ace scorer Jerami Grant has been absent and that has meant that the bench and young players have been asked to do the heavy lifting.

Let us talk about the current core. Cade Cunningham is a terrific all-around rookie who has ways to go but has set up the tone for the future well. Saddiq Bey can be off from the field but that is more so because the team doesn’t have effective perimeter shooters and the defense can stick to him. Meanwhile, off the bench, Trey Lyles has been a revelation at the big Forward and has supplied decent scoring and rebounding. Sophomore Killian Hayes has struggled to shoot and really needs to develop his offense but he can be an effective playmaker. Center Isaiah Stewart has been a dependable Center but still needs a lot of development. Meanwhile, Joseph, Diallo, McGruder, and Lee round off the regular rotations.

Cade Cunningham(DET)
Points: 08
Rebounds: 02
Assists: 04
Despite coming off a 3/17 night, overall, Cade has improved offensively and for a rookie, such improvements are welcomed. He has been in the 18-25 points, 4-8 assists and 5-6 rebounds range mostly. He can be selected as a Star/Pro Player in the Dream 11 NBA Fantasy scenario.
Expected Fantasy Points Range: 30-37 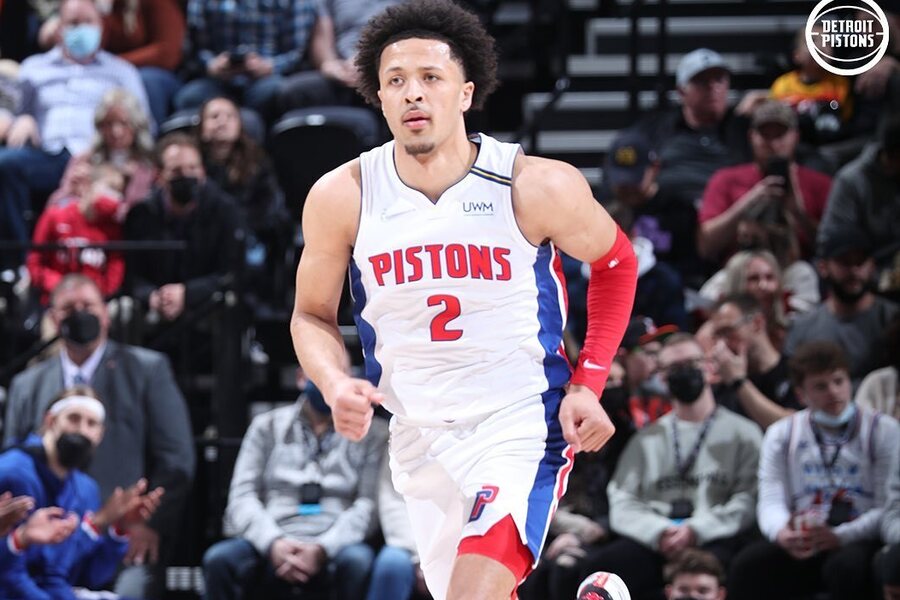 Darius Garland(CLE)
Points: 19
Rebounds: 02
Assists: 08
Steals: 01
Garland has been doing a wonderful job as the primary playmaker and versatile scoring option. The guard makes the offensive system works and has scored 19-23 points and has dished 8-12 assists a game throughout the season.
Expected Fantasy Points Range: 33-45

Jarrett Allen(CLE)
Points: 10
Rebounds: 10
Assists: 01
Steals: 01
Allen is an exceptional paint finisher and also a high-quality rebounder but that is not all, he is a brilliant shot-blocker and defender. The Center has been in the 13-19 points, 10-14 rebounds, and has registered 1-2 blocks a game regularly.
Expected Fantasy Points Range: 27-37

Saddiq Bey(DET)
Points: 17
Rebounds: 05
Assists: 02
Steals: 01
Blocks: 01
Bey has been in more than decent offensive form since November and he has become a reliable perimeter shooter. However, he can his struggles every now and then but despite that, a 13-17 points and 5-7 rebounds range is expected from the wing.
Expected Fantasy Points Range: 26-35

Trey Lyles(DET)
Points: 18
Rebounds: 01
Assists: 00
Blocks: 02
Steals: 02
Trey has done a great job of supplying offense off the bench and is having his best month at the big Forward position. Lyles has been scoring in 16-18 range and clasps 5-7 rebounds a game regularly.
Expected Fantasy Points Range: 24-31

Evan Mobley(CLE)
Points: 16
Rebounds: 07
Assists: 01
Blocks: 02
Mobley has injected energy on both ends of the floor for the Cavaliers and he is my pick for the Rookie of the Year award. The Center has been in the 15-18 points, 5-10 rebounds, and has blocked 1-2 shots a game regularly this season.
Expected Fantasy Points Range: 31-41 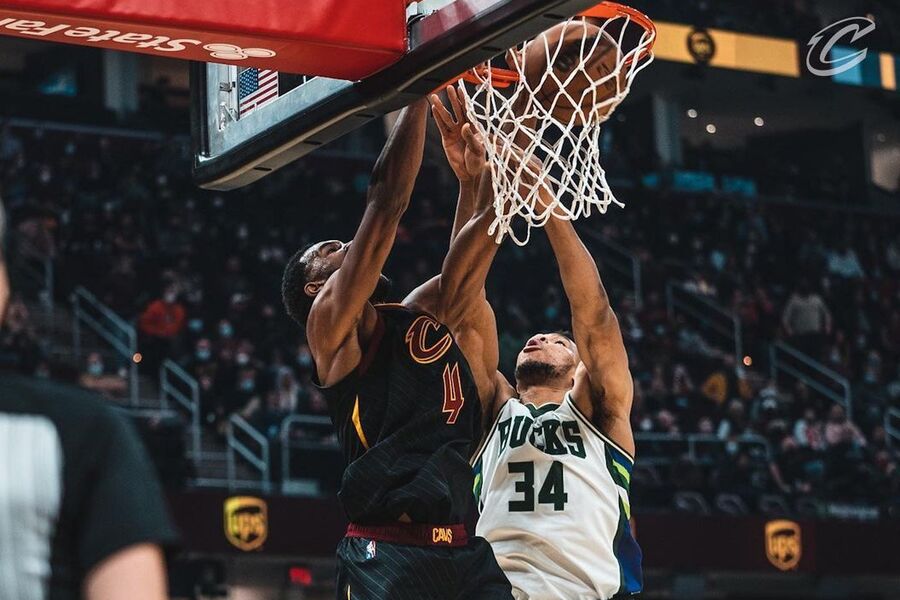 This contest is not available on streaming services like Voot and JIO TV, on the other hand, TV channels MTV and VH1 will also not showcase this game to the Indian viewers. So the best way to catch the action of all games is by buying the annual subscription, which enables access to all live streams and you can also get the full game replays if you miss the live game. To peek at scores and to take a look at the stats, tables, etc, go to the official website of the NBA.