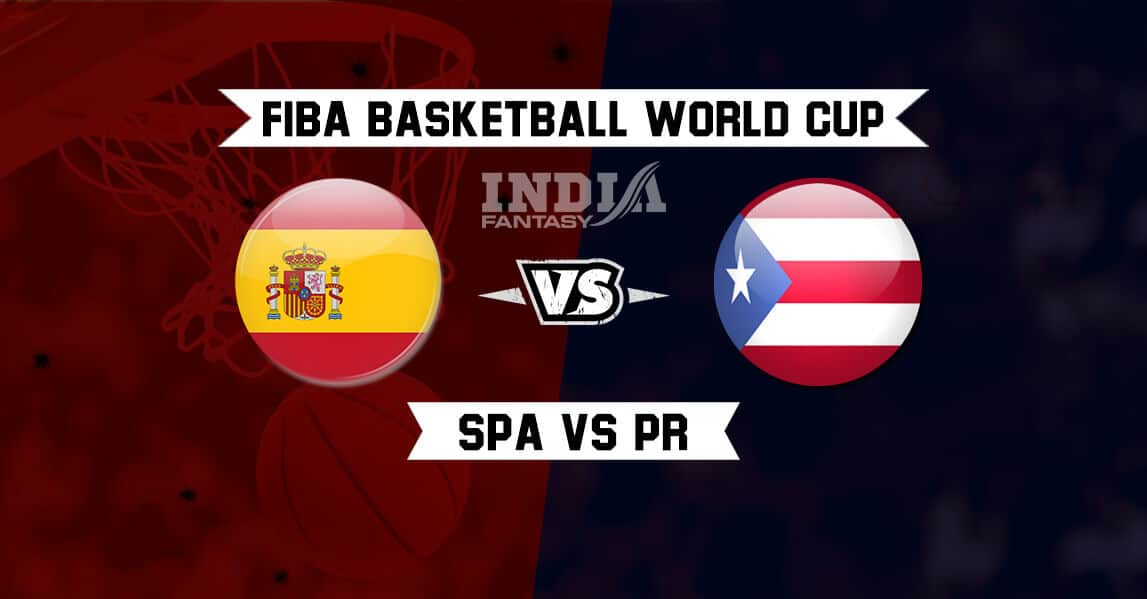 Spain head into their 2nd group game in the FIBA World Cup 2019 against Puerto Rico, with the top spot, is up for grabs for the winner of this game, following the win for either team in their opening group games respectively.

MATCH DETAILS:
What competition it is? FIBA World Cup 2019
The match will be played between Puerto Rico and Spain at Guangzhou Gymnasium, in Guangzhou, China. The arena has a capacity of 10,000.
Match Day: September 02, 2019, @ 06:00 PM IST

How both these teams open their campaign?

Puerto Rico came from a 17-point deficit to win the game 83-81 against Iran. The 15th ranked team outscored their Sian counterparts 32-16 in the penultimate quarter to complete the comeback.

Spain flexed their muscles in the all possible way as they brushed aside Tunisia 101-62 in Game-1. Ricky Rubio led the fight with a team-high 17 points, while five other Spanish players touched the double digits mark.

A win for Spain over Puerto Rico will be enough to secure a place in the knockout stage.

Marc Gasol: He was his usual self in Game-1, dominating the paint and collecting defensive rebounds. The big Centre, who won the NBA championship with Toronto Raptors this season, scored 10 points.

David Huertas: Puerto Rico find themselves on the cusp of the knockout qualification all because of David Huertas’ incredible fourth quarter. The 32-year-old Guard scored a game-high 32 points, including a clutch 3-pointer which levelled the score 78-78, with just 45 seconds to go.

Ricky Rubio: Though he struggled to bring his A-shooting game here, the Phoenix Suns’ point guard was a dominating figure inside the paint against Tunisia.

The 28-year-old scored a team-high 17 points and also made a defensive contribution with two steals.

Juan Hernangómez: The young star from Spain had a magnificent game against Tunisia. The Denver Nuggets forward took almost all the decisions right, hardly giving the opponents any chance of turnovers. Spain are huge favourites to win the game.