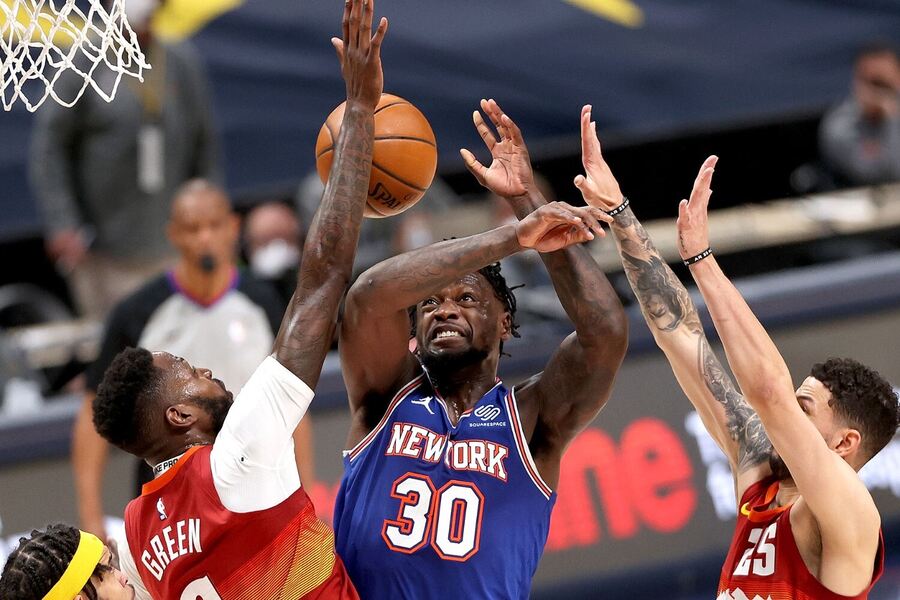 NYK vs DEN Dream11: In this cross-conference match-up, the New York Knicks will host the Denver Nuggets. New York has lost half of its 22 games while the Nuggets are a game under the 50% win mark. Both teams are going through a rough patch but for different reasons.

New York has had trouble with team combinations and they are yet to figure out their regular starters at this point. With Kemba Walker out of the rotation, it is interesting to see who will take up the major ball-handling duties as the Knicks have had trouble during high-scoring games.

Injuries and Nuggets have been having a great relationship this season. With two star players in Michael Porter Jr. and Jamal Murray out, the going has been tough for the Jokic-led team. Nuggets’ current record comes after a 9-4 start which means that the team has won just 1 and lost 7 of its last 8 games.

Knicks: Not great team chemistry
With Kemba averaging around 11 after having averaged 18, the rotation took a hit, perhaps the Knicks’ offensive system hasn’t suited him. Yes, Randle is giving his regular 18-24 points, 10-12 rebounds, and 5-8 assists per game, but the guards have been inconsistent so far. The biggest hit the Knicks took when RJ Barrett started to have too many off-nights. With Burks, Fournier, Quickley, and Rose, you have guard depth but perhaps the team may have just too many guards!

Nuggets: Michael Porter Jr.’s absence has hurt them
Denver had done fine without Murray even though during the Playoffs, his need can be felt. However, the Playoffs are a distance away and right now, the Nuggets are one of the most struggling squads. With Michael Porter Jr., rebounding, defense, and offense have suffered. Porter Jr. was among the top players in defensive win shares before his injury and his absence has made Nuggets an average defensive squad after the team had begun with the reputation of being one of the best in the league.

Julius Randle(NYK)
Points: 30
Rebounds: 12
Assists: 06
Blocks: 02
Randle leaves his Knicks in points, rebounds, and assists, and has had some big games recently. Randle has scored 24 or more twice in the last five games, has dished 6 or more assists twice too while grabbing 11 rebounds or more thrice in that window. He is one of the options for Star/Pro Player in the Dream11 NBA fantasy scenario.
Expected Fantasy Points Range: 44-59

Alec Burks(NYK)
Points: 16
Rebounds: 07
Assists: 03
Steals: 02
Alec has been having a great time in terms of scoring the ball. The guard has scored 23 or more twice in the last three games, grabbing 2 steals in each match.
Expected Fantasy Points Range: 25-36

Aaron Gordon (DEN)
Points: 17
Rebounds: 08
Assists: 03
Aaron has been forced to pick up his scoring with Michael Porter and Jamal Murray being absent plus with a ton of other injuries. The Forward has scored 16 or more in four of the last five games.
Expected Fantasy Points Range: 30-37 Derrick Rose(NYK)
Points: 16
Rebounds: 02
Assists: 06
Blocks: 01
Derrick gives much-needed Point Guard depth to the Knicks. He has dished 6 or more assists twice in a row and may see a further increase in his minutes with Kemba out of the picture.
Expected Fantasy Points Range: 20-29

Will Barton(DEN)
Points: 14
Rebounds: 04
Assists: 03
Will has not scored as much as was expected but I guess with some of the main players out, defenses are closing out on him. The two-way guard has scored 14 or more in three straight games.
Expected Fantasy Points Range: 25-35 Do you want to see this game on TV? Sadly with Sony Six and NBA breaking off their partnership, there is no NBA game being telecasted on the Indian cable as of now. But don’t worry, to catch the action, you need to acquire the NBA League Pass which is available for both an annual subscription or pay-per-game subscription.