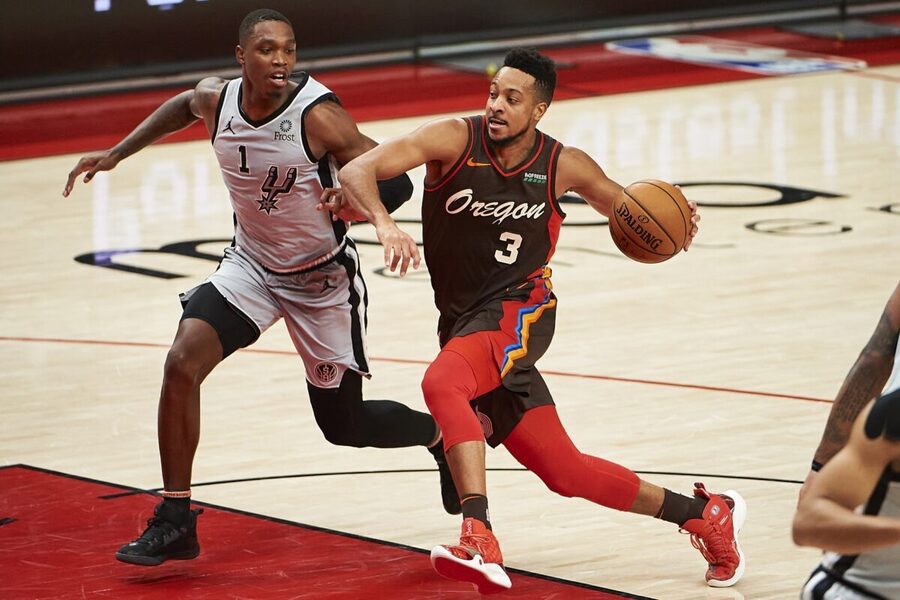 POR vs SAS Dream11: The two teams here come from the Western Conference in the form of the San Antonio Spurs and Portland Trail Blazers. These two teams share one trait in common, elite offense, sub-par defense. However, with such squads, you always have some kind of promise. The Western tussles are the most peculiar ones.

Portland is going to be without Damian Lillard and like many other players, he is going through the processes of a long season. Without Damian, CJ McCollum will take up the duties of providing primary scoring. He has done well in this role before and if Norman Powell remains healthy, surely he can give 20-25 points at wing when needed. One thing is certain that this is a great chance for Anfernee Simons to raise his hand and fetch 15-20 points while making mends on the defensive end.

Spurs are one of the most interesting young squads. They have plenty of scoring on the plate and perhaps, scoring around 105-110 is not so difficult for them on a regular basis. Spurs have amazing depth at the guard, with White you get great passing and scoring package, Murray is an all-around player, off the bench, you have Devin Vassell, who can put up some hoops, while Lonnie Walker IV is a hybrid of a wing and off-guard. But perhaps the biggest difference-maker is the Center Jakob Poeltl, he can grab rebounds and also score the ball. The offense is clicking on some nights, the defense…. Usually turned off.

Spurs: What are they missing
People should wait on this Spurs team. They have something very special. A lot of young players who have already learned the NBA system. With the way things are going, the worst they can do is win lesser games, but that should not be the concern here. The Spurs have developed some high-yielding players and I believe the Spurs coaching culture will turn this team around. If not franchise players, the players who develop rightly can attract some of the other All-Stars but the Spurs need a bit of time to get it all together.

Portland: The defense is usually nonexistent
The Trail Blazers has had no rhythm to this season. What they need right now is a 4-5 game win-streak and frankly, they have a chance here even without Damian Lillard. My argument here is that sometimes missing your ace player can spark different players to put their hands up. The Portland Trail Blazers have two volume scorers in CJ and Norman who can kick in 40-50 or so together on at least half of the nights I believe. If Nurkic starts scoring 15-20 then they can cover the offense. Can CJ become the primary ball-handler with Damian out? It is the defense that has bothered them to be honest. Even a Joel Embiid-less Sixers scored 111 against them. The defense has leaked 110+ points many times. Portland needs to fix its defense big time!

DeJounte Murray (SAS)
Points: 22
Rebounds: 10
Assists: 08
Murray is an all-around player at the guard position. You can expect 18-22 points, 8-13 rebounds, and 8-12 assists in most of the games, making him a productive player. He is an option for Star/Pro Player in the Dream11 NBA scenario.
Expected Fantasy Points Range: 43-57 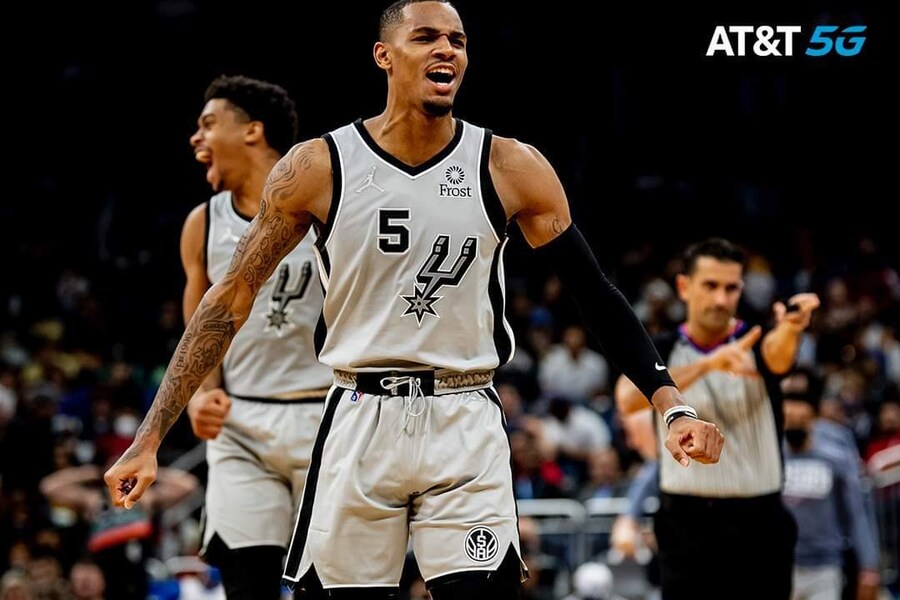 CJ McCollum(POR)
Points: 28
Rebounds: 04
Assists: 06
Steals: 02
CJ is one of the best and versatile scorers in the league. With Lillard down for more than a week, CJ will see the ball in his hands and may end up scoring in 25-30 points.
Expected Fantasy Points Range: 40-55

Derrick White(SAS)
Points: 24
Rebounds: 05
Assists: 05
Blocks: 01
Steals: 01
After a slow start to the season offensively, White picked up his game. Derrick has scored 17 or more in three of the last five games.
Expected Fantasy Points Range: 30-50

Jusuf Nurkic(POR)
Points: 13
Rebounds: 08
Assists: 05
Steals: 01
Blocks: 01
Jusuf is the only player this season for the Trail Blazers who is averaging a points-rebounds double-double. You can expect 10-15 points, 8-13 rebounds, and 3-5 assists from him regularly.
Expected Fantasy Points Range: 33-48

Keldon Johnson(SAS)
Points: 13
Rebounds: 05
Assists: 02
Keldon has improves his rebounding in recent times. Johnson has scored 13, 15, 17 points in the last three games. He has increased his rebounding average from 5 to 6+.
Expected Fantasy Points Range: 23-37 TV Channels Sony Six and Sony Liv no longer broadcast the match in India. However, you can buy the annual subscription of the NBA League Pass and can enjoy either an annual package or a pay-per-game model. You can also follow the score on the official website of NBA.