TOR vs BOS Dream11: In this contest, two Eastern Conference squads in Toronto Raptors and Boston Celtics come face-to-face. While the Celtics have won half of their 20 games, the Raptors have reflected two games under the 50% win mark. For player profiles and fantasy lineup, head to the bottom of this article.

Raptors are a sturdy unit that can fight it out but still remain largely wanting for more. With VanVleet and Trent Jr. in the backcourt, you get around 30-35 points regularly, Siakam chips in with 15-20 while Barnes has also scored 10-15 consistently. Achiuwa performs the rebounding and defense role in an otherwise thin bench unit while Anunoby who has scored around 20 a game has been in and out of the team.

Celtics on paper look superb but have not materialized into a winning unit yet. Losses to Spurs and Nets reflect a tendency to give away early leads, with the loss to Spurs especially spelling an underwhelming effort. Tatum scores around 25-30 regularly, Smart 12-16, Schroeder 14-18, Horford 10-15. Brown averages 23 a game but like Anunoby has been in and out due to injury. Robert Williams has also been in and out for the Celts.

Celtics: What has gone wrong?
For the Celtics, team chemistry has been a huge issue this season. Tatum loops in around 25-30 shots on regular basis and Smart felt that he and Brown hogged the ball in the crunch moments. The validity of Smart’s claim can be questioned but it is clear that Celtics resort to too much volume shooting when things go awry. Boston has been underwhelming this season and on paper, the unit looks way more imposing than the actual output. Of course the absence of Robert Williams hurt the defense and Brown is yet to play consistent games in a row.

Raptors: Their weaknesses have been exploited
At one point, Raptors had a winning record but that has changed considerably in recent times. The Raps have been struggling to close out games and also give away significant advantages early in the game. The roster is well-built but a thin bench unit means the starters have to do the exhaustive lifting and when the team is late in the game, the tired starters can fluke some possessions. Raptors have the base but like Celtics, they have not strung together a substantial run in a long time.

Jayson Tatum(BOS)
Points: 24
Rebounds: 12
Assists: 02
Steals: 01
Tatum works it in isolation situations at the wing spot for the Celtics, being one of the best scorers in the league. He has hand;t been much efficient this season but still is a potent offensive threat. Tatum has scored 30 or more thrice in the last five games. He is one of the options for Star/Pro Player in the Dream11 NBA fantasy scenario.
Expected Fantasy Points Range: 44-56


Fred VanVleet(TOR )
Points: 26
Rebounds: 05
Assists: 04
Blocks: 01
Steals: 01
Fred has been in a wonderful touch lately and he has been on fire all-around. The guard is a gutsy player at both ends of the floor. He has scored 23 or more in three of the last five games and has dished 6 or more assists in three games during that window.
Expected Fantasy Points Range: 38-49


Marcus Smart(BOS)
Points: 13
Rebounds: 07
Assists: 08
Steals: 01
Blocks: 01
After a slow start offensively, Marcus has managed to put together some strong scoring games. The long-time Celtic has managed to score 20 or more two out of the last five times while giving 8 assists thrice in that window.
Expected Fantasy Points Range: 33-47


Pascal Siakam (TOR )
Points: 17
Rebounds: 12
Assists: 04
Blocks: 01
Pascal has been an effective option at the big Forward/Center position whose ball-handling abilities are exceptional for his size. Siakam has compiled 17 points or more in four of the last five games.
Expected Fantasy Points Range: 36-55 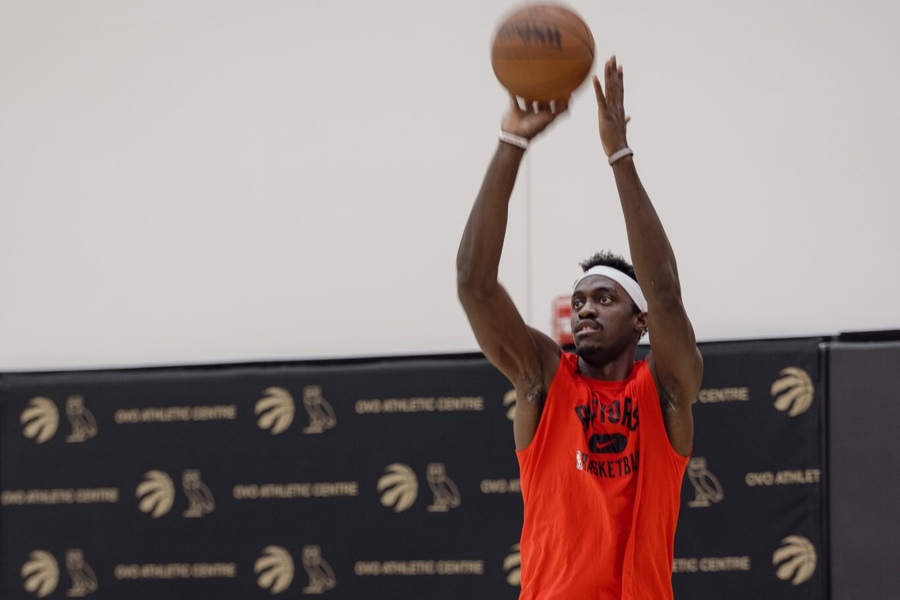 Jaylen Brown(BOS)
Points: 16
Rebounds: 04
Assists: 03
Blocks: 01
Brown has become an effective 20-25 points scorer every night in this league. However, injuries have hampered him once again and he is under injury management right now and questionable for this game.
Expected Fantasy Points Range: 30-36


Scottie Barnes(TOR )
Points: 17
Rebounds: 12
Assists: 04
Blocks: 01
Scottie is a rookie but has shown he is an all-around ability to impact the game. He has scored 17 in the last two games, grabbing at least 7 rebounds in the last four matches while dishing four or more assists in four of the five games.
Expected Fantasy Points Range: 30-44