There are things that ordinary humans can do and can’t do – Like doing the task they have been assigned with the utmost efficiency, and within in their limit, of course, because humans have limits and there are things they can’t achieve or do because it goes beyond their comfort zone and they don’t like being uncomfortable.

Then there is a special breed of humans for whom limit is a word used only by weak souls. But athletes like Roger Federer, Lionel Messi, Usain Bolt and LeBron James go even beyond that special breed because the things they do in or on their respective arenas, are sometimes surreal, to say the least.

Cleveland Cavaliers’ superstar LeBron James produced yet another moment where even his colleagues were left gobsmacked. With overtime on the horizon and maybe a possibility for Toronto Raptors to win the game and cut their deficit to 2-1 in the series, James ran and threw the ball into the hoop and successfully beat the Buzzer and Raptors, also, killing the probability of overtime in the process.

LeBron finished the game with 38 points, 7 assists, 6 rebounds and increased his postseason average to 34.8 points per game. If there is one man who can deny James Harden his MVP award he covets so much, then it has to be the “James.”

If there is one team in the Eastern Conference who can upset the leaders of this conference in the 4 games, then it has to be LeBron James’ Cleveland Cavaliers. Because he is not ordinary, he belongs to a special breed which we, the ordinary, can even dare to dream.

Now talking about the match, this is the Eastern Conference semifinal match and Cavaliers are leading the series 3-0 following two wins on the road in the first two games, and the 3rd one at home courtesy of James’ Buzzer-beater show.

If Raptors lose this game, the series will be closed down for them and on the back of their performance in the regular season, they were supposed to go until the end and to the finals. Now it seems their story is about to end unless they outdo both Lebron and Cavaliers in their own backyard which looks unthinkable at this stage.

J.R. Smith has been suffering from an illness and is a doubt for this game. But we are expecting him to feature in this pivotal match as win will move Cleveland Cavaliers into the finals of the Eastern Conference.

All the other players are available in this match with only John Holland, Okaro White and L Perrantes have been listed under game-time decisions for the hosts in this match.

The visitors are also at their full strength in this match. No big name player is missing this match. However, backup players Malcolm Miller, Malachi Richardson and Alfonzo McKinnie are listed as doubtful for the home team. 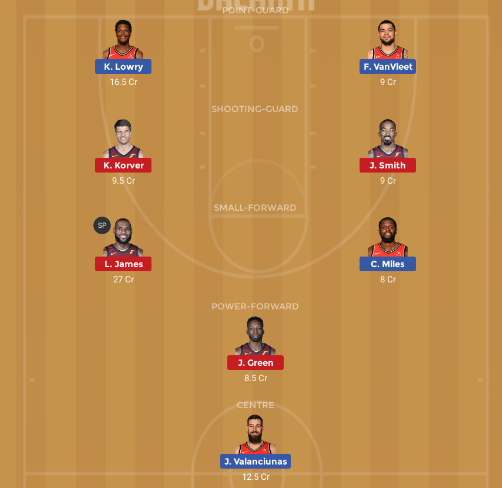 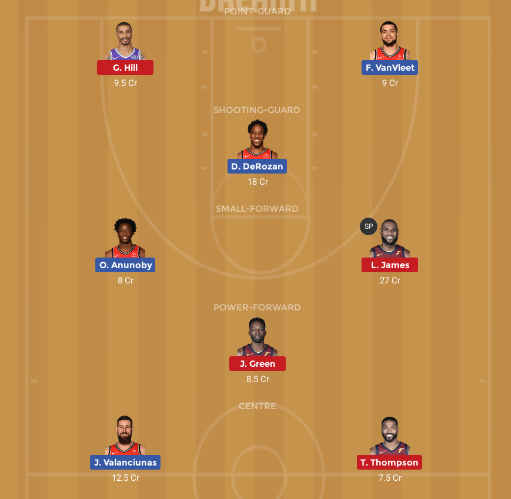 Toronto Raptors did very well in the 3rd game. They were more aggressive and were more potent with the ball than they were in the first two games. But just as Indiana Pacers came unstuck against a Hercules like figure, Toronto, too, were undone by LeBron James.

The four-time NBA MVP scored 38 points in the 3rd game, and most importantly, scored another buzzer-beater to leave the visitors dejected and his team and fans inside the Quicken Loans Arena in delirium.

Though Raptors finished the regular season as an Eastern Conference leader and an incredible 9 games better than Cavaliers, they don’t have a LeBron James like figure in their ranks.

Our prediction – A Home win.

NOTE: THIS TOR VS CLE DREAM11 MATCH PREVIEW IS BASED ON OUR RESEARCH AND UNDERSTANDING FROM VARIOUS NEWS SOURCES. YOU CAN SELECT YOUR OWN PLAYING 11 ON THE BASIS OF TEAM NEWS.