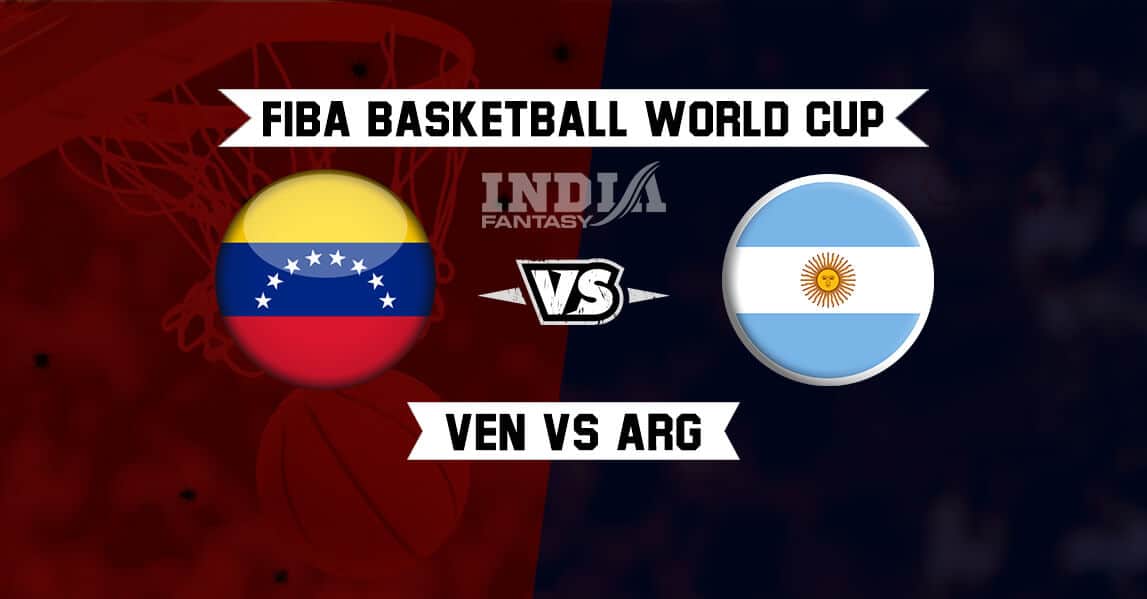 The second stage of the FIBA World Cup pits two South American teams, Argentina and Venezuela against each other. With Poland and Russia the two other teams in Group I, the start is crucial as a win could prove to be decisive.

MATCH DETAILS:
What competition it is? FIBA World Cup 2019
The match will be played between Argentina and Venezuela at Foshan International Sports and Cultural Center, in Foshan, China. The arena has a capacity of 14,700.
Match Day: September 06, 2019, @ 05:30 PM IST

Argentina finished the group stage with a 100% record, beating South Korea, Nigeria and Russia to top the group.

It’s not just the wins, but the manner in which the team went about its business will give head coach Sergio Hernández’s a cause for optimism heading into the next round.

Though shooting from the arc remains a problem and must be solved, still, Argentina’s defence and the clutch play was a joy to watch.

This is Venezuela’s fourth appearance at Basketball’s showpiece event and first since 2006.

Placed in Group A, alongside hosts China, European powerhouse Poland and Ivory Coast, the South American team were always the favourite to qualify for the 2nd stage.

But the fact that they finished 2nd due to the opening-game 80-69 loss to Poland, shows that Néstor García’s men are yet to hit their top gear. Argentina will start the game as favorites.