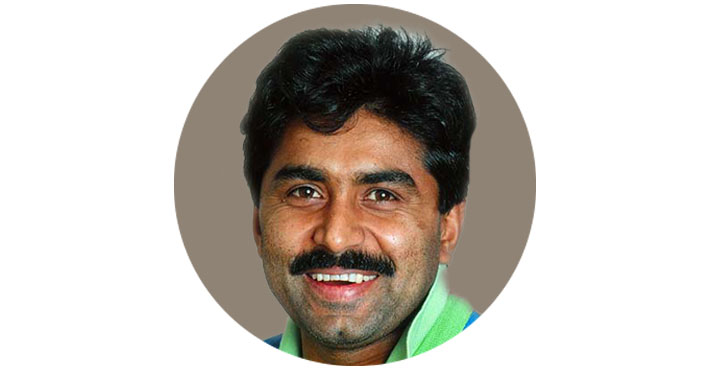 Javed Miadad was born and brought up in Karachi Pakistan. He made his international Test debut against New Zealand in Gaddafi stadium in 1976 and ODI debut in Edgbaston in 1975 against West Indies. He was a very aggressive cricketer. He captained Pakistan at very young age. Miandad was once close to score a triple century against India but Imran khan declared the innings. This was the biggest reason behind the rift between two. His son was married to Dawood Ibrahim’s daughter which became a huge disappointment for Indians and government decided not give him the VISA to travel India.

In 1976-77 Pakistan’s tour to India, Miandad was called to play in six-Test match series and Miandad was one of the most consistent performer. he scored 421 runs with he help of four fifties at an average of 42.10.

There came another historic moment when the short-tempered Javed Miandad involved in a heated discussion with Denis Lillee.  In 1981-82 series in Australia. He was playing his first match as the skipper of Pakistan. the incident was initiated by the Australian legend when he blocked Miandad’s way while he was completing his run. Lillee again tried to pull him down and he kicked him while he was passing by then Miandad turned back and lifted his bat to hit Lillee on the head but the Umpire stopped both the players at the time of the collision.

He is known as the hot head, once Javed Miandad mocked Indian Wicket-keeper Kiran More. the incident took place in Pakistan when the two neighbours met each other first time at the world cup and it staretd their rivalry in cricket. there was an appeal made by Kiran More against Miandad and he was angered for the wrong move. Miandad had a heated exchange of words with the wicket-keeper and he complained to the Umpire David Shephard. On the very next delivery, Miandad pushed the ball to the mid off and Indians tried a run out where More removed the bails after that Miandad made a mockery of the Kiran More behind the stumps and expressed his excitement by jumping on the ground in a sheer animated way.