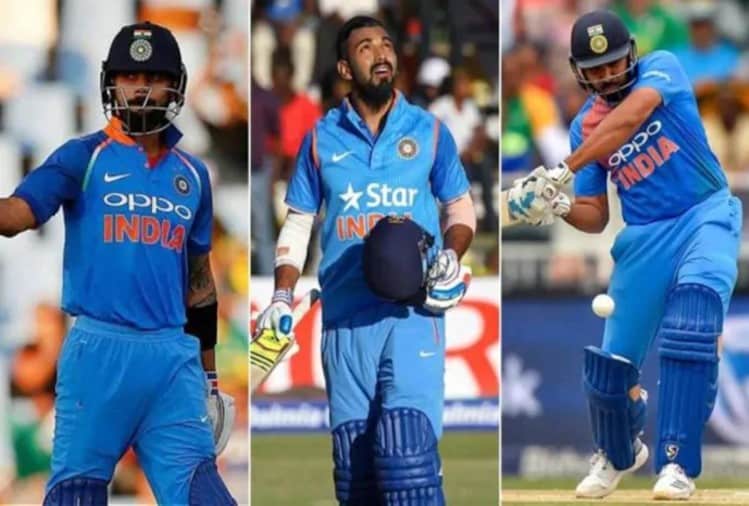 Sachin Ramesh Tendulkar has been an inspiration for many budding cricketers around the world. The mega icon has set standards that are quite difficult to break. His Mumbai successor Rohit Sharma is yet another legend from the modern era that is inspiring millions around the world. Young Indian batsman KL Rahul in his latest interview mentioned that he was a big fan of Rohit, and for him, Rohit is the Sachin Tendulkar of his generation.

Indian limited-overs vice-captain Rohit Sharma has been piling up runs in white-ball cricket ever since was pushed to open the innings by MS Dhoni way back in 2013. He is the only batsman in the world to hit three double centuries in the ODI format. He holds the record for highest individual score by a batsman in ODI’s with 264 runs. Even he himself has stated that, if he stays in the crease for the first 10 overs it will be difficult to get him out.

KL Rahul says he is a fan of Rohit Sharma

KL Rahul in his latest interview mentioned that he was a big fan of Rohit Sharma and he gets goosebumps each time he enters the field with the Mumbai born legend. Both of them are India’s first-choice openers in T20 format while Rahul bats at 5 for India in ODI’s. He added that he was humbled by Rohit’s words that he is the first choice opener for India in T20I’s and himself and Shikhar are fighting for the second spot.

Rohit Sharma is the Sachin Tendulkar of this generation

Rahul went on to praise his T20 opening partner by referring him as the Sachin Tendulkar of his generation. The similarities in his batting style had earlier drawn comparisons with the little master. To justify these comparisons he played a replica of Sachin’s Six through the offside from 2003 WorldCup against the same opposition Pakistan in the 2019 WorldCup.

“Humbled by Rohit’s words (that KL Rahul is the first choice and then it’s decided between me and Dhawan in T20Is). I have been a huge fan of his batting and I have played with him for a few years now but he is someone who is in the team, how do I say, like some cricketers get dumbstruck after watching Sachin Tendulkar, they don’t know what to say. When I am with Rohit off the field I have still not been able to get through,” KL Rahul said in India Today’s latest episode of Inspiration.

An engineer who watches, plays, and writes cricket. Out here to tell you interesting stories from 22 yards and beyond.
Previous ArticleGavaskar hails KL Rahul as the ‘next big thing’
Next ArticleKL Rahul’s “Unbelievable” Boundary Save in IND vs ENG 1st T20I – WATCH