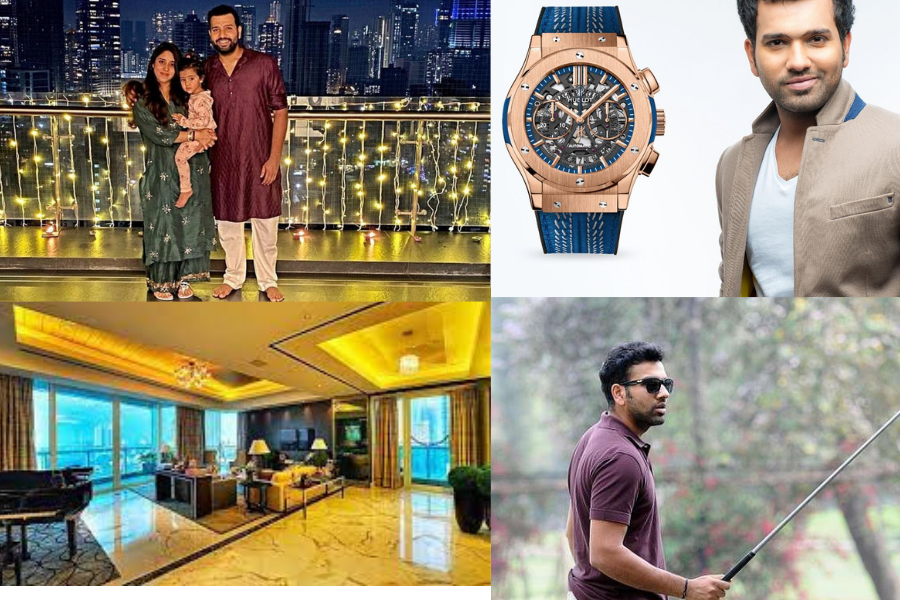 After a shaky start to international cricket Rohit Sharma has eventually made his mark on the international arena. Apart from being India’s first choice opener in all formats now, he is also the vice captain of the Indian cricket team and also the captain of his IPL franchise Mumbai Indians. Mumbai Indians under his leadership have won the IPL 5 times and he is according to a few people the best captain going around in T20s. The elegance that he shows in his batting is a testament to the style the man has and it also reflects in the things he owns. He is also a doting father and a committed husband. His wife Ritika Sajdeh is also his manager. He first made his presence felt in the 2007 world cup where he came into the game in a difficult situation as a young player and scored an important innings. He has since had an up and down career but since 2013, when he was promoted to the top of the order, he has been really consistent and has performed at his best. His earnings have grown manifolds since then too. Here is a list of the 5 most expensive things owned by Rohit Sharma.

Rohit is a busy man and really needs to manage his time well. Well among the most expensive things owned by Rohit Sharma is his watch collection. Hublot is surely the brand that he prefers and this is a brand that keeps him up and ready for his practice and workout sessions.

His collection includes three watches. One is the Hublot Ferrari Unico Magic Gold which is worth 27.8 Lakh. The superstar batsman also has other watches which he is very proud of.

The other watches include the Hublot classic collection where the black watch costs 5 lakh and the Blue one costs 6 lakhs. He comes from a really humble background and for him to own this piece of beauty must be really satisfying for sure.