South African Cricketer, Trisha Chetty,  is a member of the South African Women’s side since the late 2000s. She has broken into the national team in 2007 taking over the place of Daleen Terblanche. Aggressive with the bat and pretty athletic on the field, Trisha is an athletic keeper who has impressed while playing for Kwa-Zulu Natal. Since 2007, she has done two tests and more than a hundred limited-overs appearances for South Africa. She initially batted at number seven or eight but was promoted up the order quickly and her opening batting began from mid-2008 onwards. She was named in South Africa’s squad in October 2018 for the 2018 ICC Women’s World Twenty20 tournament in the West Indies. 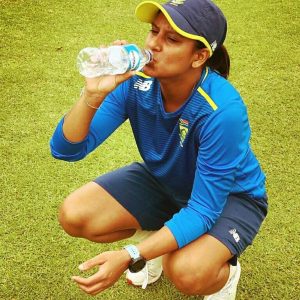 Trisha was suspended in 2017 due to the breach of Rules and the Code of Conduct.

She was ruled out of South Africa’s squad due to injury after the start of the tournament and was replaced by Faye Tunnicliffe.