The Indian shooting history has seen many stalwarts and one of them is Vijay Kumar.

Honorable Captain and a retired Subedar Major in the Indian Armed Forces, hails from Barsar Village of Hamirpur District in Himachal Pradesh. He was associated with the Dogra Regiment (16th Battalion) in the Indian Army.

He has represented India in the 25-meter Pistol Event in the 2012 London Olympics where he created a buzz by winning the Silver medal. He has been a recipient of some of the highest sporting honours in India including Arjuna Award, Rajiv Gandhi Khel Ratna Award, Ati Vishishth Seva Medal and Padma Shri. As of now, he is posted with Indian Army Marksmanship Unit in Mhow, Maharashtra since 2003 and coaching under the watchful eyes of Russian Pavel Smirnoff. Vijay Kumar considers him as a soldier of the Indian Army. he is the first Indian Shooter to win 10-meter air pistol individual medal. 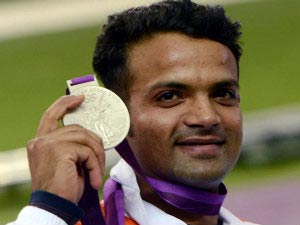