Chepauk Super Gillies and VB Kanchi Veerans are pitted against each other at NPR College Ground in the battle of the laggards on Tuesday.

The defending champions Chepauk Super Gillies, reeling at the bottom of the points table, have not recorded a single win in TNPL 2018 edition. It is the pride that Super Gillies will be fighting for.

VB Kanchi Veerans have also crashed out of the playoffs’ race. Their form has been quite similar to the Veerans until they defeated Lyca Kovai Kings by 14 runs on Sunday to register their first win of the competition.

Speaking of the NPR College Ground surface, it is not a venue where runs will flow. The batsmen have to work hard for runs as the wicket has something for the bowlers as well.

Here’s how the two sides can line-up in Chepauk Super Gillies vs VB Kanchi Veerans clash. 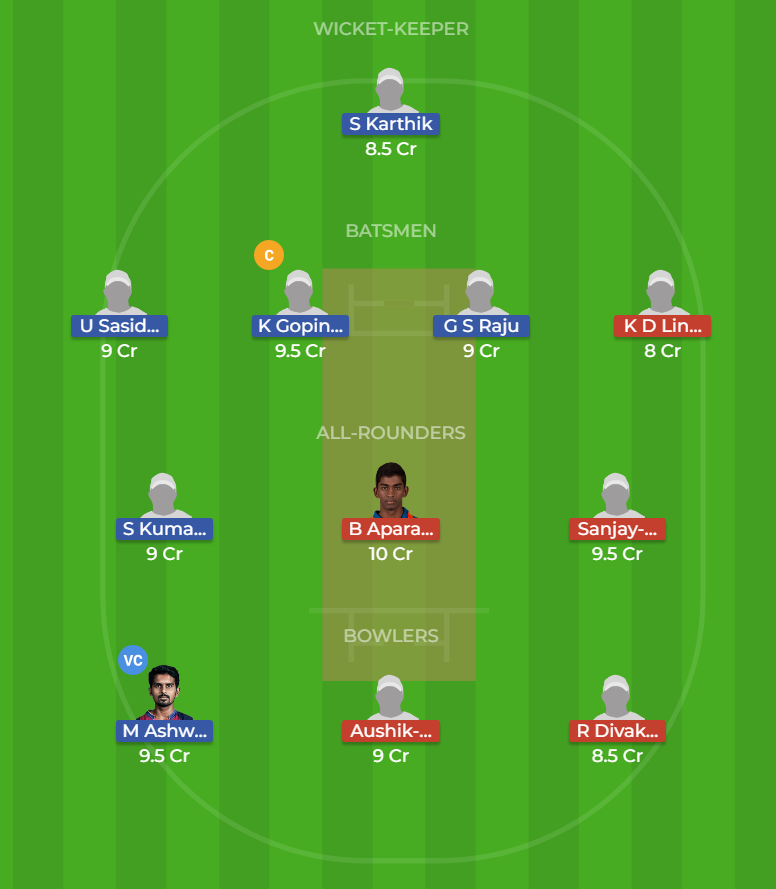