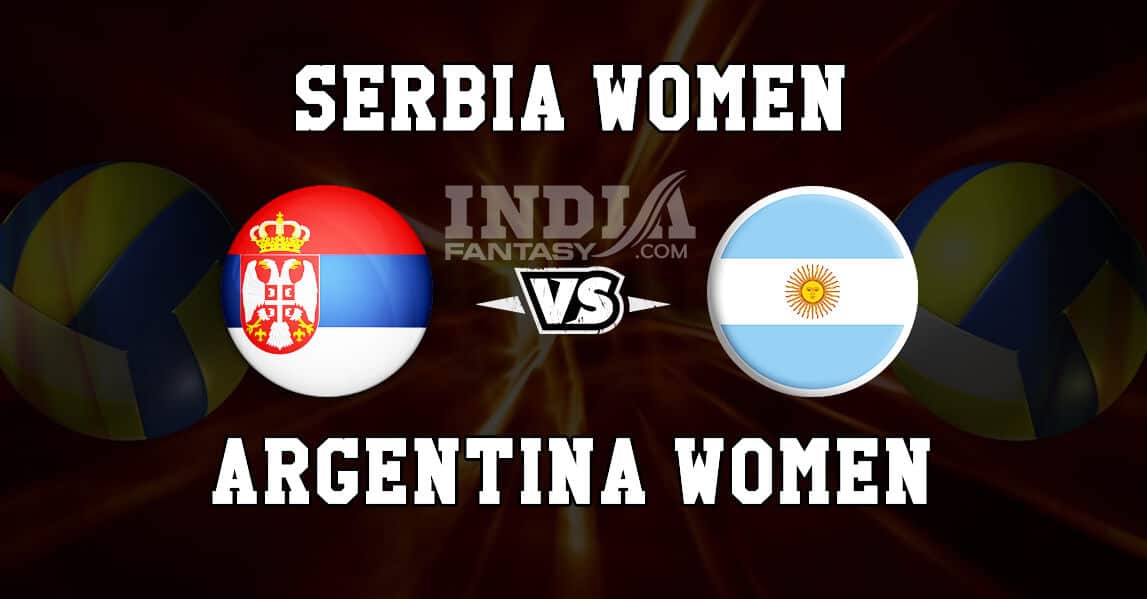 Ranked number one in the World, the Serbian Women have started the FIVB World Cup 2019 indifferently as they have lost 2 out of the three matches played so far. They will now collide against Argentina Women who are eluded of a win after playing 3 matches.

Serbian Women’s only win came against Kenya Women in their last encounter which was played at the Hamamatsu Arena in Japan by 3-0. Their twin loss in this tournament came at the hands of Brazil and USA Women which are two top-notched teams by 2-3 and 1-3 respectively.

Meanwhile, Argentina Women have been seeking their first win of the competition having lost three games in a row. They need to pull up their socks to get going.

With a success rate of 41.51, Ana Bjelica has amassed 44 spikes from a total of 106 attempts. She also has 5 stuff blocks to her name from 24 total attempts and 5 aces in serving.

Another attacker who has got 32 spikes to her name from 72 attempts at a success rate of 44.44.

Among the blockers in this team, Maja Aleksic has 8 stuff blocks to her name from 38 total attempts.

She has been the best setter in this team with 73 running sets and 175 still sets from 250 total attempts.

Along with Paula, Lucia Fresco has also garnered 22 spikes from 55 shots at a success rate of 26.51.

When it comes to blocking, Julieta Constanza is leading the way with 3 stuff blocks from 18 total attempts.

Among the setters, Victoria Mayer has 55 running sets, 176 still sets to her name from a total of 231 attempts.

Disclaimer: Management can take late decisions depending on the match situation. The fantasy teams which we have provided here of SER-W vs SER-W Dream11 is best of our interest and depending on the credit scores of the players.