5 famous cricket players who died at a very young age

Famous Cricket Players: Cricket does not usually come to mind when one talks about dangerous sports that may prove to be fatal. However, one often discounts the weight of the leather ball and the speed at which it travels during the course of play, and it has proved to be fatal for a few unfortunate cricketers. At the Bangabandhu stadium in Dhaka, Lamba, a national player for India, was playing for the Abahani Krida Chakra in the Dhaka Premier League. His captain Khaled Mashud instructed him to field at short-leg on the fatal day, February 20, 1998 and asked him to wear a helmet. However, Lamba declined, claiming that because there were still three deliveries left for the day, there was no need. The very next delivery, batter Mehrab Hossain viciously pulled the ball at him, striking him in the temple. He was taken to the hospital right away, but he passed away from the wound three days later. He was 38 years old and had played 32 ODIs and 4 Tests for India. 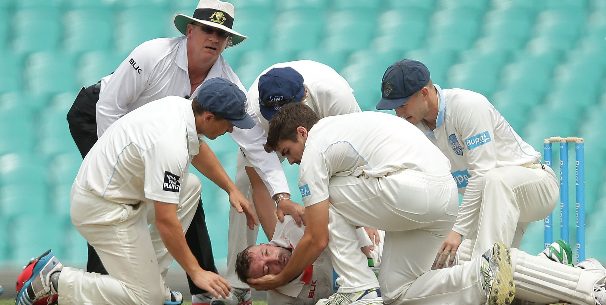 Before making his Test debut at the age of 20 in 2009, he played two seasons as the left-handed opening batter for New South Wales. In 2013, Phillip Hughes featured in his first One Day International. On November 25, 2014, while playing in a Sheffield Shield match at the Sydney Cricket Ground, Hughes was struck in the neck by a bouncer, which caused a vertebral artery dissection and subarachnoid haemorrhage. Hughes was moved to St. Vincent’s Hospital in Sydney, where he underwent surgery, was placed into an induced coma and was in critical condition in intensive care. On November 27, three days before his 26th birthday, he lost consciousness and never recovered.