AUS vs ENG: Why is Pat Cummins Not Playing Today’s Australia vs England 2nd ODI? Who is Australia Captain? 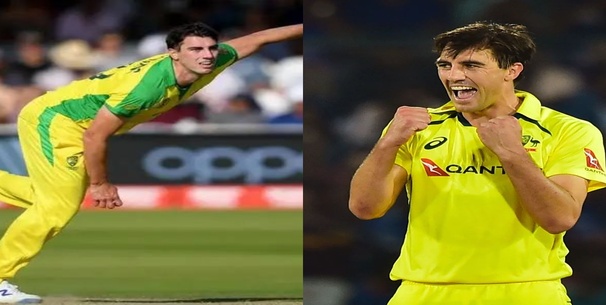 Pat Cummins AUS vs ENG: In a massive breaking news development, Australia’s newly appointed captain Pat Cummins is not playing the second ODI encounter against England scheduled to be hosted at the Sydney Cricket Ground in Sydney. Australia will surely be feeling high on momentum after having registered a fabulous 6-wicket win against England in the first ODI. The Aussies have now taken a 1-0 lead in the three-match ODI series.

AUS vs ENG: Why is Pat Cummins Not Playing Today’s Australia vs England 2nd ODI? Who is Australia Captain?

After winning the toss and opting to bat first, there was a big surprise as Australian skipper Pat Cummins was not part of the playing 11 and instead right-arm pacer Josh Hazlewood is back in the side as the captain for this second ODI match against England. After Aaron Finch announced his retirement from 50-overs cricket, Cricket Australia (CA) appointed Cummins as the new ODI captain and he also registered impressive figures of 3 for 62 in the opening encounter against England. However, the speedster has now been rested for the 2nd game while Hazlewood has taken over the captaincy duties and Steve Smith is the vice-captain.

“We just think this wicket might deteriorate throughout the game. It’s very exciting [to captain]. I rested the first game and had the good idea of having a watch and seeing how Patty went about his business. It’s sort of a wider leadership group. I’m standing in for this game. Mitch Marsh is coming as well,” said Australia skipper Josh Hazlewood during the toss.

Tags: AUS vs ENG 2022AustraliaAustralia vs EnglandENG vs AUSPat Cummins

A cricket maniac who lives his life like a T20 match, time is short so make the most of it. Always thriving to learn more about cricket writing and obviously being an Indian, a big cricket expert.
Previous Article2022 T20 World Cup Final Scorecard – Pakistan vs England (13 November 2022)
Next ArticleAUS vs ENG: Why is Jos Buttler Not Playing Today’s Australia vs England 2nd ODI? Who is England Captain?