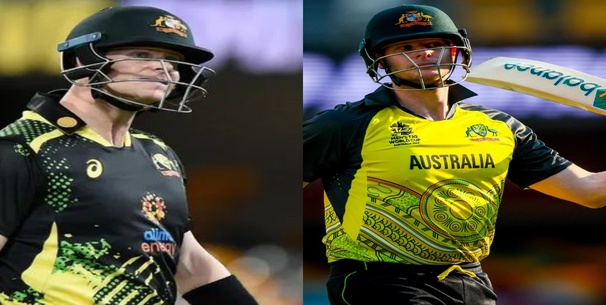 Steve Smith AUS vs SL: In a massive breaking news, Steve Smith is once again not part of the Australia playing XI for their second encounter of the ICC T20 World Cup 2022 against Sri Lanka scheduled to be played at the Perth Stadium in Perth. The Aaron Finch-led will be eyeing to pick up their first victory of this T20 competition as they suffered a massive 89-run defeat at the hands of New Zealand in their last encounter.

During the toss, Aussie captain Aaron Finch stated that Steve Smith continues to warm the bench for the second consecutive game in this ongoing edition of the ICC T20 World Cup 2022. Smith failed to be part of the playing XI during the first game against New Zealand as the Australian team management preferred explosive batsman Tim David in the side. There have been a lot of talks regarding Steve Smith’s approach in T20I cricket and poor strike-rate in the middle-overs. In a total of 62 T20I games, the right-hander has scored 1004 runs at a strike-rate of 125.34 that includes as many as 4 half-centuries while Tim David has a phenomenal strike-rate of close to 160.

“We’ll bowl first, that’s the best strategy on this surface and we can’t think too far away in the tournament as of now. Looks like a decent pitch with a good grass surface. Adam Zampa is OUT with illness, replaced by Ashton Agar,” said Australian captain Aaron Finch during the toss.

A cricket maniac who lives his life like a T20 match, time is short so make the most of it. Always thriving to learn more about cricket writing and obviously being an Indian, a big cricket expert.
Previous ArticleAUS vs SL: Why is Adam Zampa Not Playing Today’s Australia vs Sri Lanka T20 World Cup 2022 Match?
Next ArticleWives and girlfriends of Indian Cricket Team players in 2022