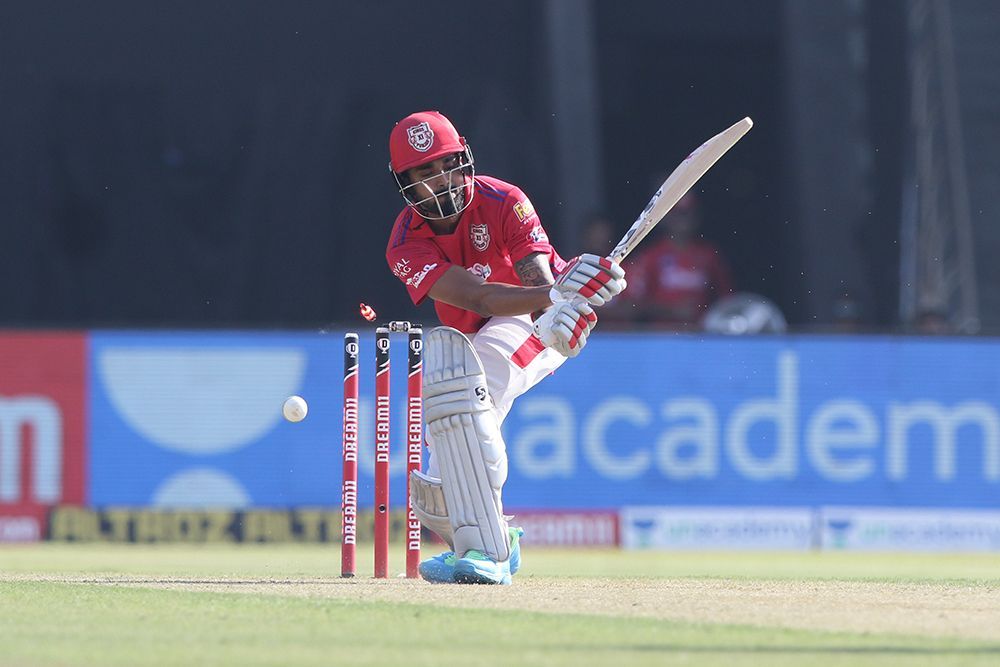 CSK have the game under their control in the last league game against KXIP which is a do or die game for KL Rahul’s Kings XI. MS Dhoni won the toss and decided to bowl first in the evening game in Abu Dhabi.

The wicket was sticky and CSK bowlers exploited the conditions better with cutters and slower balls and they never allowed the KXIP batters to score freely. The Karnataka boys and one of the most successful opening pairs in this IPL in Mayank Agarwal and Kl Rahul were reunited after a brief gap as Mayank Agarwal returned to the side after injury.

KL Rahul had no clue to Lungi Ngidi’s slower ball

KXIP had a blistering start in the powerplay and looked like they wanted to bat CSK out of the game but Lungi Ngidi’s 6th over of the game changed the complexion as he bowled Mayank Agarwal for 26 and CSK took charge of the game from thereon.

KL Rahul and Chris Gayle were looking to build a partnership after a good start but MS Dhoni shuffled his bowlers very well and the introduction of Imran Tahir tied down Chris Gayle at one end. Meanwhile, Lungi Ngidi was using all his variations to get another breakthrough and that was when he delivered a well disguised yorker length slower ball which KL Rahul attempted to sweep only to get bowled.

KXIP are reeling at the moment as they have lost both their power hitters in the middle order in Nicholas Pooran, and Chris Gayle and they will be pinning their hopes on the 2 Indian batsmen who are playing at the moment in Mandeep Singh and Deepak Hooda.

They have brought in James Neesham for Glenn Maxwell to bolster their bowling attack and Mayank Agarwal replaced Arshdeep Singh. They have crossed 100 run mark in their 16th over. Only time will tell whether they can defend whatever target they give to CSK.

Taking the life out of me is better than taking cricket from me. Welcome to my world which gives nothing but happening stories in the cricketing world
Previous ArticleKOL vs RR Dream11 Match Prediction FREE TEAMS | KKR vs RR Today IPL Match 1 November
Next ArticleWill MS Dhoni play next IPL in 2021? CSK skipper answers himself