BAN vs IND: Why is Rishabh Pant Not Playing Today’s Bangladesh vs India 1st ODI Match? Who is India Wicket Keeper? 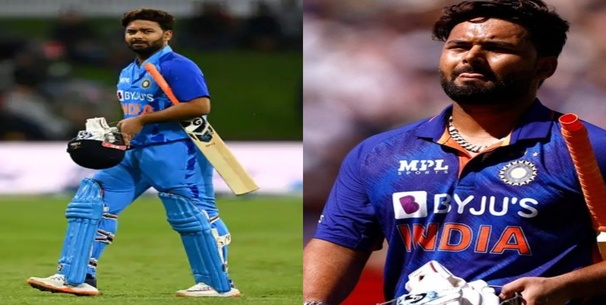 Rishabh Pant BAN vs IND: In a massive breaking news development, India’s premier wicket-keeper batsman Rishabh Pant is not playing the first of the three ODIs against Bangladesh scheduled to be played at the Shere Bangla National Stadium in Dhaka. Team India have already done a lot of chopping and changes in the lead up to their ICC T20 World Cup 2022 campaign, however, the team management will be looking forward to find their best possible combination for the ODI World Cup as soon as possible.

BAN vs IND: Why is Rishabh Pant Not Playing Today’s Bangladesh vs India 1st ODI Match? Who is India Wicket Keeper?

After losing the toss and being asked to bat first, Indian captain Rohit Sharma revealed that Rishabh Pant will not be available for the three-match ODI series against Bangladesh and KL Rahul will keep wickets in this first ODI game. The BCCI has released an official statement that Pant has already been released from the India ODI squad after consultation with the medical team and the left-hander will join the team for the forthcoming two-match Test series against Bangladesh. The wicket-keeper batsman has not been in the best of forms lately with the bat having a poor run during the recently concluded New Zealand tour. On the other hand, it will be a big opportunity for Rahul who will also now keep wickets and bat in the middle-order.

“To be honest I was not sure. The pitch seems to have some moisture, so we would have bowled first too. Some injures and few issues, we got four all-rounders playing. Washington, Shardul, Shahbaz, Deepak Chahar. Kuldeep Sen is making his debut. Myself Shikhar and Virat up the order. KL Rahul will keep wickets. We hardly played many games in New Zealand, but we fought well. Some of the guys batted really well. World Cup is still far away, we don’t want to look too far ahead. We want to focus on what we have in hand and play accordingly,” said India captain Rohit Sharma during the toss.

In consultation with the BCCI Medical Team, Rishabh Pant has been released from the ODI squad. He will join the team ahead of the Test series. No replacement has been sought

Axar Patel was not available for selection for the first ODI.#TeamIndia | #BANvIND

Tags: BAN vs IND 2022Bangladesh vs IndiaIND vs BANIndiaRishabh Pant