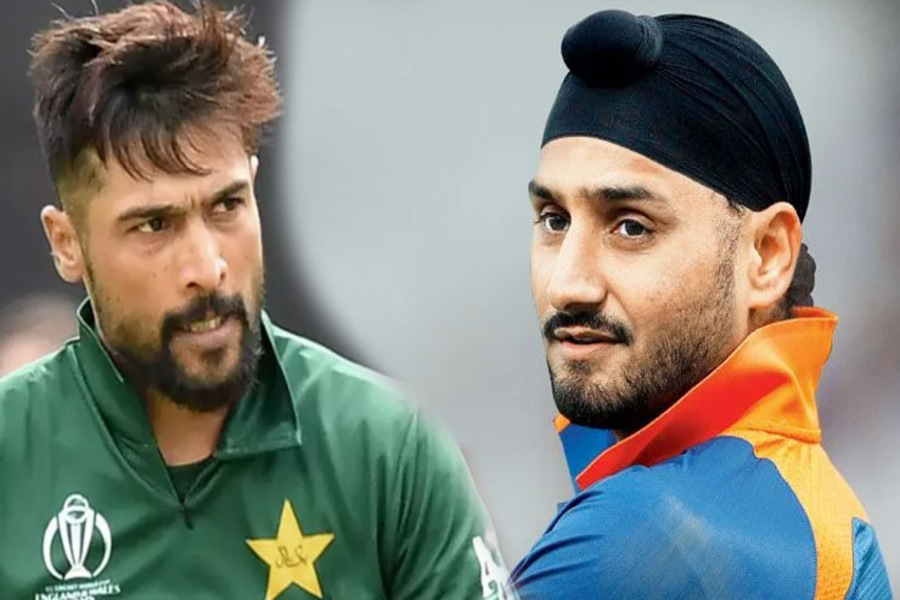 The rivalry between India and Pakistan have always been at their peaks, when the two nations are up against each other in the World Cup. In the T20 World Cup 2021, Pakistan team registered their first ever victory against India in T20 World Cup history, and the equation is at 5-1.

The various cricketers like Mohammad Amir, Waqar Younis, and Shoaib Akhtar have been proactive on TV channels and Twitter after the Pakistan team dominated India by winning their first fixture by 10 wickets. While Amir and Shoaib have targeted former spinner Harbhajan Singh due to his comments ahead of the clash.

The retired Pakistan pacer Mohammad Amir took to Twitter after the Pakistan team won the first league game against India, and trolled Harbhajan Singh. It was due to the fact that during a TV interview, Bhajji said the current Pakistan team is nowhere close to the Indian team, they had 10 years ago and will not be available to pose challenges and win against India.

Will Mohammad Amir come out of retirement?

Then a series of tweets took place, where Harbhajan pressed on the fact of fixing scandal of Mohammad Amir in 2010 at Lords.

Then Indian spinner Harbhajan Singh posted a video of him hitting a six off Mohammad Amir’s ball in 2010 and helped the Indian team to win the Asia Cup group fixture.

The Pakistan team have nearly qualified for the semifinal spots after securing a confidence boosting victory over the New Zealand team by 5 wickets. The team’s bowlers were top notch, especially Haris Rauf with 4 wickets to contain the opposition to 134 runs. Then the batters were put under pressure in the first 10 overs, but Rizwan’s resilience to play crucial innings laid a platform for the team. Then in the middle order, Shoaib Malik and Asif Ali proved to be too good for New Zealand by hitting 25+ runs and the team won by 5 wickets. In this way, Pakistan have won their matches against the top teams in the group. They have to overcome the challenges of Namibia, Afghanistan, and Scotland, which can be rather easy looking at the form of the team.