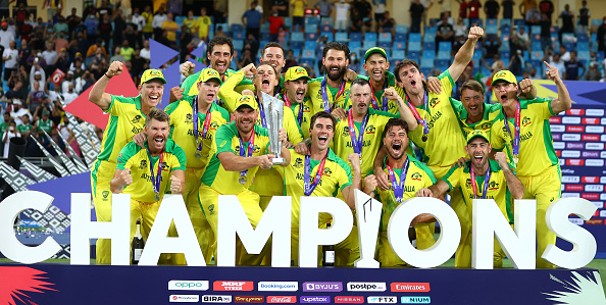 The stage is set for the T20 World Cup 2022 to be the epicenter of the sports fraternity all across the globe as teams prepare for the ultimate prize in the shortest format. Talking about prizes the International Cricket Council (ICC) on Friday (September 30) announced the prize money for the tournament Down Under as a whopping Rs 13 Crore ($1.6 Million) will be awarded to the winner.

The ICC has made sure that no team will return empty-handed that has participated in the main T20 World Cup. As things stand, the runners-up are set to receive INR 6.5 crores. The two losing semifinalists will receive INR 3.25 crores each which again accounts for INR 6.5 crores.

A staggering INR 45 crores will be given by the ICC in total as prize money. The tournament down under in Australia has already attracted a huge fan base with tickets for high-profile clashes between India and Pakistan sold out.

The ICC is supposed to earn a major share of the prize money from the TV deals and the ticket sale. The England and Australia tickets have also attracted a huge demand while tickets between Australia and New Zealand clash are already sold out.