IND vs BAN: KL Rahul INJURED Ahead of Bangladesh vs India 2nd Test? Who will be India Captain? 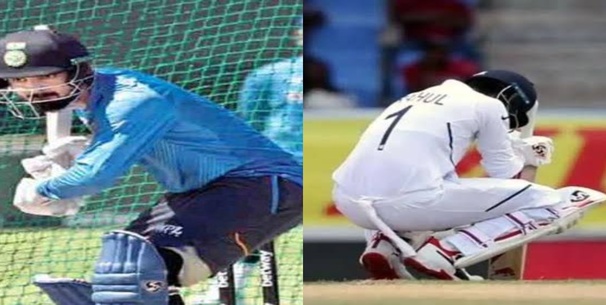 KL Rahul Injured IND vs BAN: In a massive breaking news development, India’s stand-in captain KL Rahul seems doubtful for the upcoming BAN vs IND 2022 2nd Test match scheduled to begin from 22 December, 2022 at the Shere Bangla National Stadium in Dhaka. India have already taken a 1-0 lead in the two-match Test series after the visitors went on to register a convincing 188-run victory against Bangladesh during the first Test match. After having lost the ODI series against the same opposition, India will want to end this tour on a high with a big win in the second and final Test match as well.

IND vs BAN: KL Rahul INJURED Ahead of Bangladesh vs India 2nd Test? Who will be India Captain?

Ahead of the second Test against Bangladesh, India captain KL Rahul suffered a blow on his left thumb during the training session on Wednesday. He has been advised icing on the injured area and batting coach Vikram Rathour has stated that the skipper’s injury doesn’t “look serious” at this moment. Incidentally, regular captain Rohit Sharma has already been ruled out from the India vs Bangladesh 2nd Test starting from Thursday as he has still not recovered from the thumb injury which he sustained during the third ODI game. Therefore, in case, Rahul is unavailable for selection, then Cheteshwar Pujara will captain the Indian Test team while Abhimanyu Easwaran is likely to open the batting alongside Shubman Gill.

India captain KL Rahul has got hit on left thumb. He has been advised icing on bruised area. According to batting coach Vikram Rathour doesn't "look serious". Unless there is heavy swelling he will play tomorrow. Else Pujara leads. Chances of that happening looks less.#INDvsBAN

A cricket maniac who lives his life like a T20 match, time is short so make the most of it. Always thriving to learn more about cricket writing and obviously being an Indian, a big cricket expert.
Previous ArticleBangladesh vs India 2nd Test: Mirpur Pitch Report, Team India’s Record at Shere Bangla National Stadium
Next ArticleRCB 2023 Squad: 3 players who could be on RCB’s radar at the 2023 IPL Auction