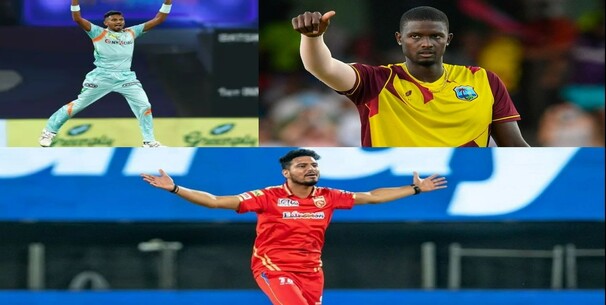 RCB 2023 Squad: Faf du Plessis’ RCB missed out on a final berth last season by a whisker. The Challengers would be looking get better this season and would have done all their processing for the 2023 IPL Auction slated on 23rd December. RCB need to assemble a squad based on backups. They need a backup pacer both International and domestic, a backup opener and also someone to assist Wanindu Hasaranga in the spin bowling department. What players they could go after at the IPL 2023 Auction, let’s take a look. Sri Lanka’s pacemen Dushmantha Chameera has always been on RCB’s radar in the last two seasons. He came as an injury replacement in the 2021 IPL for RCB but couldn’t get a game. He was subsequently bought by Lucknow Super Giants in the following season after the new franchise won the auction battle against RCB. With RCB looking for a backup seam bowling option, Chameera could be a good buy. Vaibhav Arora impressed one and all with his uproot swinging deliveries playing for Punjab Kings. Royal Challengers Bangalore will be looking to acquire the services of Vaibhav Arora as he will be a economical buy and a good backup for the likes of Mohammad Siraj and Siddharth Kaul.

An ardent sports enthusiast who likes to write in such a manner so that the readers could relate themselves and feel the passion of the game.
Previous ArticleIND vs BAN: KL Rahul INJURED Ahead of Bangladesh vs India 2nd Test? Who will be India Captain?
Next ArticleNature Isle T10 Squads, Schedule, Playing 11, Dream11 Prediction, Live Score and Streaming