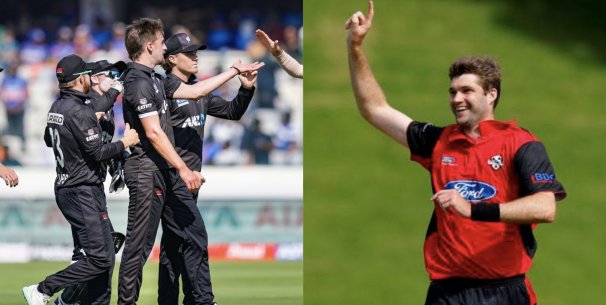 IND vs NZ: India and New Zealand will lock horns in the dead rubber third game of the series. The hosts have displayed two staggering performances in the first two games and took unassailable lead of 2-0. They would be eyeing the whitewash as it will attain them number 1 spot in ICC ODI rankings whereas the Kiwis on the other hand would want to end the series on high and win the last game.

Why is Henry Shipley Not Playing Today’s India vs New Zealand 3rd ODI?

India and New Zealand will be playing third game at Holkar Stadium in Indore. Black Caps captain Tom Latham won the toss and decided to the field first in a ground, which is high scoring.

They made one change to the team as they have replaced Henry Shipley with Jacob Duffy. Although there has been no official statement why Shipley has been dropped. But it is assumed that he has benched because of his poor performances in the last two games.

The pacer took two wickets in the first game but was very expensive as he conceded 74 runs in just 9 overs and then was off the colours in the second match as well, returning with the figures of 1/29 in 5 overs.

Jacob Duffy on the other hand has played only two ODIs so far and has a decent record. The right-arm pacer has taken 4 wickets at an economy of 6.24 to go with the BBI of 3/52.

IND vs NZ: New Zealand Playing 11 for the third ODI against India

The visitors have made only one change to their lineup, brining in Jacob Duffy in place of Henry Shipley. Here’s New Zealand’s Playing 11 for the third ODI against India.