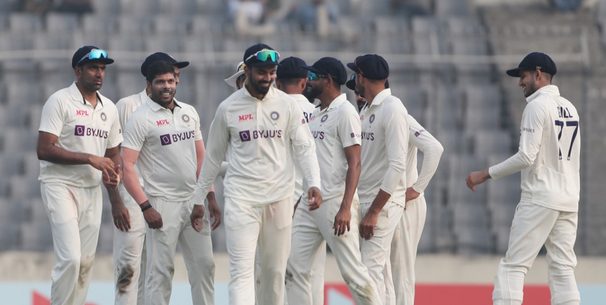 India Upcoming Matches: A thrilling win clean sweep against Bangladesh in Tests ends Team India’s cricketing year of 2022. It was a bitter sweet year for the Men in Blue as India managed to win key games but also lost some important series.

Team India will like to put behind all these memories and will be keen on bettering their performance in 2023. This year is an important one as it features the Test Championship final and the ODI World Cup. At the same time, there are some other crucial bilateral series as well.

Here is the complete list of India Upcoming Matches in 2023

Team India will start 2023 by hosting multiple format games against Sri Lanka, New Zealand and Australia. The first will be the series against Sri Lanka. It will feature 3 ODIs and 3 T20Is. After the series against Sri Lanka, India will host New Zealand for 3 ODIs and 3 T20Is. The blockbuster and most anticipated series of 2023 will be Australia’s tour of India. The Aussies have failed to win a Test series in India since 2004/5 while India won the famous Test series Down under last year. So it will be a crucial one for Australia and for India, they need to win the series to ensure they qualify for the World Test Championship finals. The series consists of 4 Tests and 3 ODIs. This will be the first home Test series for India in 2023.

After the series against Australia, Indian players will feature in the IPL. The international calendar will resume in July with India touring West Indies for a multiple-format series.

The Asia Cup 2023 is scheduled in September. However, the tournament will be hosted by Pakistan and hence it is uncertain whether India will travel to Pakistan. There is always the option of the tournament being played at a neutral venue. However, Pakistan seems not happy with this suggestion.

As a part of the preparations for the ICC ODI World Cup 2023, India will once again host Australia for a series of 3 ODIs in September. This will be India’s last ODI series before the World Cup.

The details of the series are not declared yet.

The tournament will take place in October-November 2023. It will feature 10 teams wherein in league stage all teams will face each other once and then the top 4 will qualify for the semi-finals.

The World Cup will be followed by another India vs Australia series. This will be the third time both nations will feature in a bilateral series in 2023. The series will have 5 T20I games and will be played during November and December 2023.

In summary, Team India will host Sri Lanka, New Zealand and Australia in 2023 and will play away series in West Indies and South Africa. Plus there will be the ICC World cup and the Asia cup.

Smitten by cricket, green mountains, and written words, Chaitanya is engrossed with cricket stats and analysis. But cricket commentary is what he savors the most.
Previous ArticleAUS vs SA: Why is Josh Hazlewood Not Playing Today’s Australia vs South Africa 2nd Test?
Next ArticleKL Rahul beard look over the years- Check pics