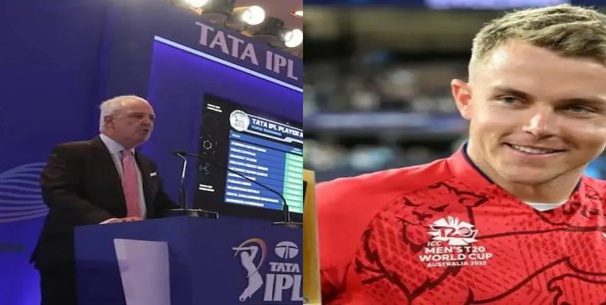 IPL 2023 Player List: In a big breaking news update, the Indian Premier League (IPL 2023) Player List has been announced and a total of 405 cricketers will go under the hammer on 23 December, 2022.The Board of Control for Cricket in India (BCCI) had earlier announced that the IPL 2023 auction is scheduled to take place in Kochi. Earlier all the 10 IPL teams shortlisted a total of 369 players from the initial list of 991 cricketers.

In the recent update, it has been understood the IPL franchises then requested to add as many as 36 players which brought the final total to be 405 players being part of 2023 auction list. A total of 273 Indian cricketers and 132 overseas players will be part of the Indian Premier League 2023 auction which will be starting on 23 December, 2022 (Friday) at 2:30 PM IST. Out of the total list of 405 cricketers, 119 are capped players, 282 are uncapped cricketers while 4 are from the associate nations. A total of 87 slots are available at this moment out of which 30 being overseas players.

A cricket maniac who lives his life like a T20 match, time is short so make the most of it. Always thriving to learn more about cricket writing and obviously being an Indian, a big cricket expert.
Previous ArticleShakib Al Hasan Injury: Shakib Al Hasan to Play BAN vs IND 1st Test? Who will be Bangladesh Captain?
Next ArticleBAN vs IND: Why is Shardul Thakur Not Playing Today’s Bangladesh vs India 1st Test Match?