ENG vs NZ 2nd Test: Mitchell Santner ruled out due to injury versus England as Trent Boult set to make comeback 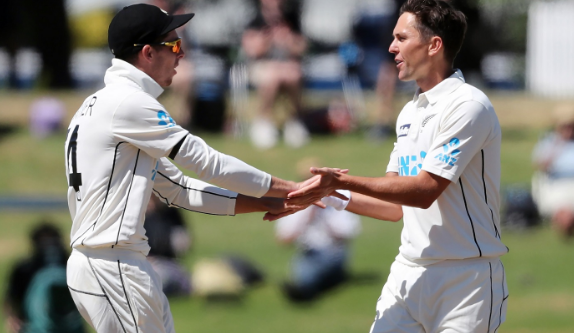 New Zealand left arm spinner Mitchell Santner will be missing out on the second Test with England, as he sustained a cut on his bowling finger during practice. Although, Santner failed to pick a wicket in the first Test at Lords, he would have still added some variety in the bowling attack.

New Zealand head coach Gary Stead spoke about Santner’s injury and rules him out of the second Test.

“People probably would have seen him open up the piece on his finger again; had quite a bit of blood on his pants. That came from the cut he originally had. We thought it had healed okay, but obviously we needed a little bit more time for that to happen and it definitely hampered his ability in the match as well,”

However, the bigger blow for New Zealand could be that of captain Kane Williamson as a result of his elbow niggle. Williamson’s fitness is paramount, considering that the World Test Championship Final is around the corner.

“His elbow is still niggling him a wee bit. We’ve had some more treatment on that and we just want to make sure it’s best thing for him, playing in this match versus taking a bit more time to be ready and training the way he needs to train,” Stead added. 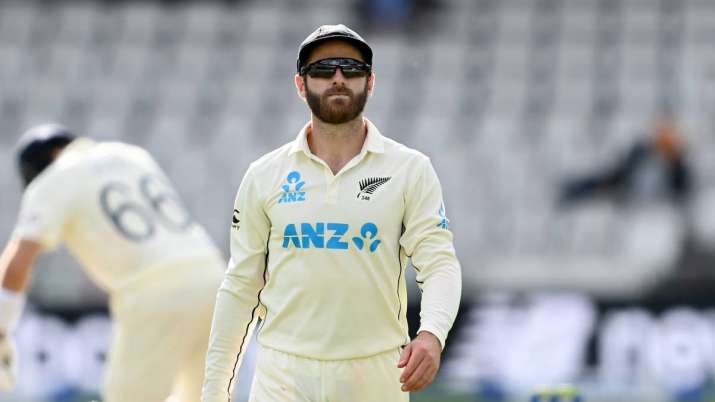 With Santner’s unavailability, premium fast bowler Trent Boult is expected to feature in the second Test versus England, as the head coach expressed his excitement to see Boult back in action.

“Trent’s back and available to be selected an it’s likely we’ll play him in this game as well. It’s good news for us. Things did change when he got here or from the information we had initially. So, think it’s the best thing for Trent to get out there, get the Dukes ball in his hand and show us what he’s capable of.” the head coach said.

Although, one Test still remains to be played against England, Gary Stead also spoke about having one eye on the WTC Final and managing his players in a certain manner in the process.

“They have all scrubbed up pretty well, but it doesn’t necessarily mean they will play in the next match. With an eye to the final we want to make sure the key bowlers who we think will take part in the game are fresh, raring to go and ready for that first ball of the match versus India,’

“We’re still yet to make a final decision, but we’re certainly having discussion with them about what’s best for them giving training loads, playing loads and readiness for that match,”

The final between India and New Zealand will be contested at the Ageas Bowl Stadium, in Southampton. The match starts on June 18-22, with an extra sixth day as an option if the need be.

Talking, articulating, presenting about a sport or a team you love is quite unparalleled, Hence, you can always find me here. P.S. An avid Manchester United fan.
Previous ArticleWTC Final: Brendon McCullum calls Indian pacers as the “Best in last 20 Years” ahead of Final
Next ArticleENG vs NZ Stats Preview 2nd Test England vs New Zealand