The recently concluded ODI series between Sri Lanka and India saw many young Indian players performing and putting their names in contention for the upcoming T20 World Cup. The new faced Team India-led by Shikhar Dhawan didn’t fail to impress and won the ODI series by the margin of 1-2.

The visitors thumped the hosts by seven wickets in the first ODI and then followed it with the tricky chase in the second game to go 0-2 in the series. The third game saw Sri Lanka bouncing back to win the match by 3 wickets and register their first win against India at home since 2012.

The Indian players displayed great performance with both bat and ball in the first two ODIs but failed to replicate the same heroics in the final game which saw Team India losing the final game by 3 wickets.

After the conclusion of the ODI series, the focus now shifts towards the three-T20I series but first let’s have a look at the ratings of the Indian players after the completion of 50-over games. Shikhar Dhawan was handed the leadership duties in the ongoing tour of Sri Lanka. The left-handed batsman did a terrific job as a skipper and lead his side to a series win.

With the bat, the southpaw played a pivotal role in the first ODI and anchored the innings in India’s chase. He did look Impressive in the final two ODIs but failed to cash on the starts he got. In the three matches, the Indian skipper scored 128 runs at an average of 64 and strike rate of 88.88 and was the highest run-scorer for his team throughout the ODI series. Prithvi Shaw was praised by all cricket fans and pundits after his fiery innings in the first ODI, which even earned him the man of the match award. His impressive strike rate was the standout feature of his performance throughout the three-match ODI series.

The swashbuckling batsman failed to replicate the heroics of the first ODI in the second game but was the highest run-scorer for his team in the third and final ODI at Colombo. In the three matches, he played the 21-year-old amassed 105 runs at an average of 35 to go with an impressive strike rate of 125. 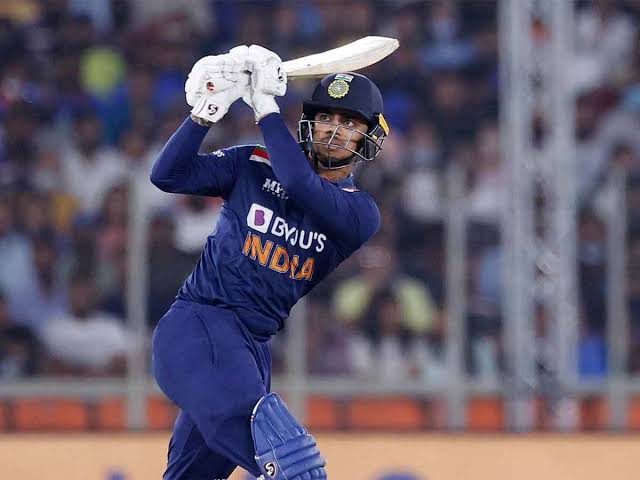 Ishan Kishan stole the limelight on his ODI debut with his fearless approach. Coming to bat No.3 in the first ODI, the southpaw showed signs of no nerves and smashed six on the first ball he faced and notched up a half-century in the very first ODI game of his career. The left-handed batsman failed to carry the momentum in the second game and scored only one run. In the two games he played, Kishan scored 60 runs at an average of 30 and a sky-rocketing strike rate of 130.4. Despite playing all three games, Manish Pandey failed to set the stage on the fire. He did look settled at the crease but failed drastically to convert his starts into the big ones. The right-handed batsman had an ordinary series with the bat and scored only 74 runs at an average and strike of 24.6 and 82.2 respectively. With the three-match T20I series to be played next, it remains to be seen whether Manish Pandey will be given more chances to prove his mettle or not. Debuting for India in the ODI series against Sri Lanka, Suryakumar Yadav was the standout performer for the Shikhar Dhawan-led side. The swashbuckling right-handed batsman had a great start to his ODI career and played a vital role for his side in the middle-order, scoring runs all around the ground.

Suryakumar Yadav scored 124 runs at an average of 62 and strike rate of 122.7 in the three games he played. He was also awarded the player of the series award for his brilliant batting performance all through his debut ODI series.

Dream was to play cricket, but job is to serve cricket
Previous ArticlePredicted Team India Playing XI for first ODI against Sri Lanka
Next ArticleSL vs IND: Names of 8 Isolated Players and Availability Details for 2nd T20I