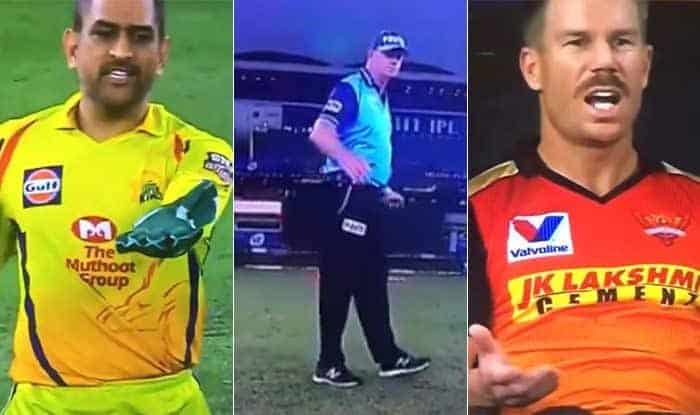 Matches are coming thick and fast in IPL and fans have been left amazed at the quality of cricket on display this year. And with that some of the incidents that spark controversies have taken place in abundance.

MS Dhoni in the news again!

The encounter between Chennai Super Kings and Sunrisers Hyderabad was in an interesting phase when SRH needed 27 runs from the last two overs. Shardul Thakur was given the responsibility to bowl penultimate over against a rampaging Rashid Khan. He bowled a wide on the second delivery of the over and tried to bowl a similar delivery on the next ball. Rashid Khan missed the ball trying to fetch it away from his reach. Umpire was trying to signal a wide when MS Dhoni and Shardul Thakur started opposing a potential wide call. Surprisingly, umpire Paul Reiffel changed his mind following the outrage from CSK captain and deemed the delivery as legal. David Warner was seen fuming from the SRH dug-out. Nobody knew what impact that single run would have made at that point of time. According to law, umpire can change his decision given that he does it promptly.

CSK back to winning ways!

Chennai Super Kings found their mojo back last night against Sunrisers Hyderabad. They elected to bat first on a dry Dubai pitch after winning the toss. Sam Curran was promoted to open the innings and made a brisk 31. In the middle overs, Shane Watson and Ambati Rayudu stiched a handy partnership before Ravindra Jadeja powered them to a total of 167 runs from their 20 overs.

In reply, SRH lost David Warner and Manish Pandey early. Jonny Bairstow and Kane Williamson came together to steady the ship for some time but spinners were getting enough assistance from the pitch to make a play. Kane Williamson fought a lone battle with his 57 runs as wickets kept tumbling at the other end. SRH were restricted to 147 and CSK accumulated two crucial points to keep them afloat in the competition.