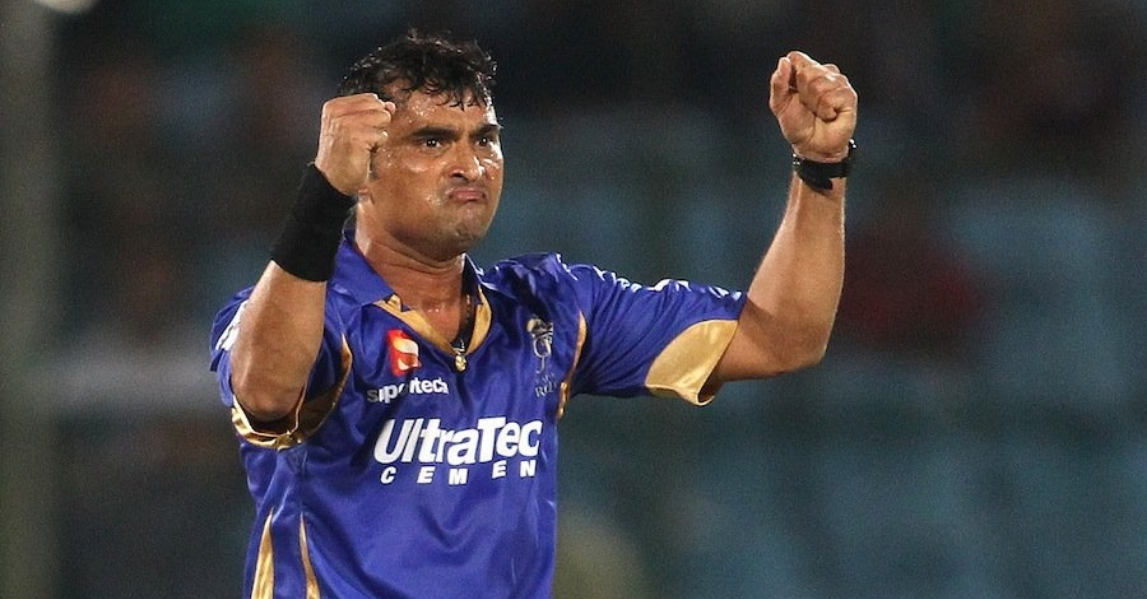 Praveen Tambe, the Indian leg-spinner who once attracted lime-light for his fabulous bowling performance for Rajasthan Royals in franchise cricket has once again claimed headlines as he picked a five-wicket haul including a hat-trick in the T10 league.

What makes Tambe’s hat-trick and five-wicket haul a massive feat is the quality of batsmen he sent back. The leg-spinner accounted for some of the biggest batting stars in franchise cricket during his magical bowling spell.

It all started with the captain of Sindhi’s asking the Indian cricketer to bowl the first over of the innings.

The leggie responded in the perfect manner and got the better of one of white-ball cricket’s best strikers ever, Chris Gayle on the second ball of the innings.

Another hat-trick got by #PraveenTambe.
Also he is the first men to get 5fer in @T10League. 🔥
This men is on 47 year's old,just unbelievable!
This men proves again age is just a numby!👏
Well done men! 👏

Then on the fourth ball of the over, England ODI captain Eoin Morgan offered a simple catch to long-on a full-toss delivery which he could have hammered anywhere.

On the next ball, Tambe castled Kieron Pollard with a googly that kept a tad low. On the the last ball of the over,  Fabian Allen missed a block-hole delivery and was bowled. With three wickets in three balls, the Indian spinner completed a hat-trick in his very first over.

However the 47-year-old spinner wasn’t done yet. He then removed Upul Tharanga in his second over to further inflict the damage.

The leg-spinner claimed five wickets in just eight balls and registered the best figures in the history of T10 cricket.

Who is Praveen Tambe?

Tambe is leg spinner who was drafted in Rajasthan Royals’ team at the age of 41 and interestingly he hadn’t even played first-class cricket by then.

He shot to fame by becoming the highest wicket-taker in the Champions League in 2013. However, his success was short-lived and he was soon axed from Royals’ squad. The leggie now features in franchise cricket.

Smitten by cricket, green mountains, and written words, Chaitanya is engrossed with cricket stats and analysis. But cricket commentary is what he savors the most.
Previous ArticleBangladesh batsman equals Kohli’s record
Next ArticleTwo spinners in Kartik’s IND playing XI vs AUS