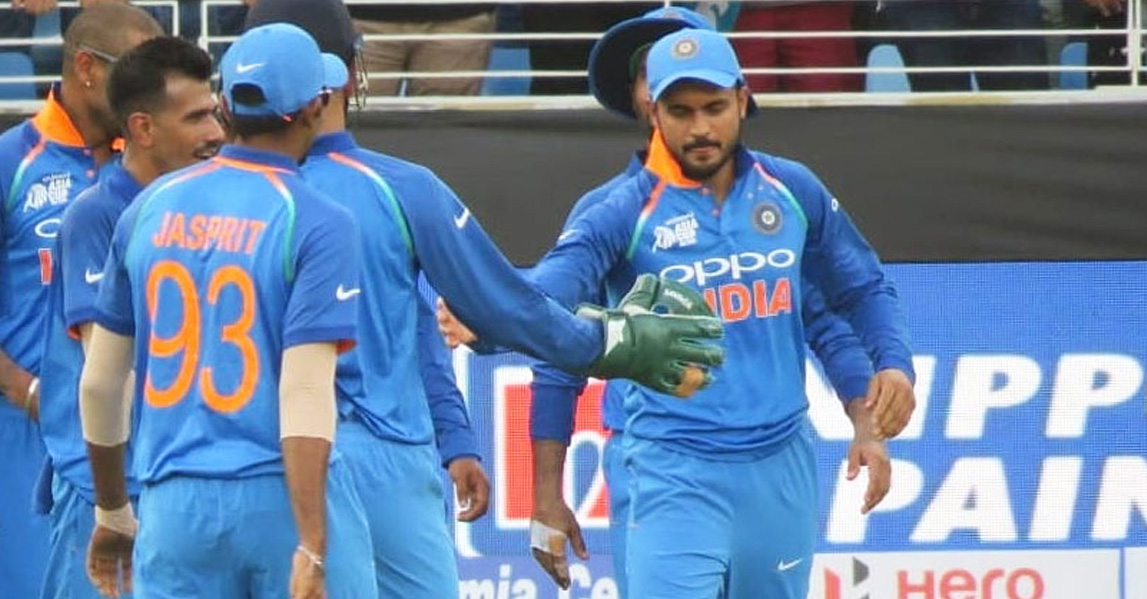 India registered a comprehensive victory against Pakistan in the Asia Cup league stage match by eight wickets. India defeated Pakistan in a dead rubber with 126 balls to spare after Pakistan succumbed to the Indian pace attack at 162.

Considering the familiarity with the conditions of UAE and after watching India’s performance against  Hong Kong, cricket experts predicted Pakistan to walk in as favorites in the match. However, Rohit Sharma-led India rose to the occasion and portrayed a clinical performance to hand over a humiliating defeat to their neighbors.

One of the highlights of the match was substituted fielder Manish Pandey’s catch at the long-on boundary to dismiss Sarfraz Ahmed.

Manish Pandey was brought in as a substitute fielder for Hardik Pandya, and his efforts at a crucial juncture contributed in Pakistan’s collapse. Although it was Kedar Jadhav, who rattled the lower-middle order of Pakistan, Pandey’s attempt to dismiss Ahmed garner much attention.

The medical team took Hardik Pandya out of the field after he suffered an injury while bowling his over. BCCI has confirmed that the bowler has an acute lower back and the all-rounder’s injury makes him an uncertainty for the next game.

Also Read: Fitness has made me a different player: Jadhav

“He can stand at the moment, and the medical team is assessing him now. More updates on him as and when there is one,” the board asserted.

One other highlight of the match was when India batsman Ambati Rayudu threw a direct hit to dismiss Shoaib Malik. During the 27th over of the Pakistan innings, when Asif Ali called Malik for stealing a single, Rayudu was quick to pick the ball and throw a direct hit. Subsequently, Shoaib Malik lost his wicket after being run-out.

A Writer | A Reader | Above all- A Human Being constantly looking forward to pushing the envelopes!
Previous ArticleFitness has made me a different cricketer: Kedar Jadhav
Next ArticleAFGH vs BAN Dream 11 Team: Injury updates, team changes and other tips