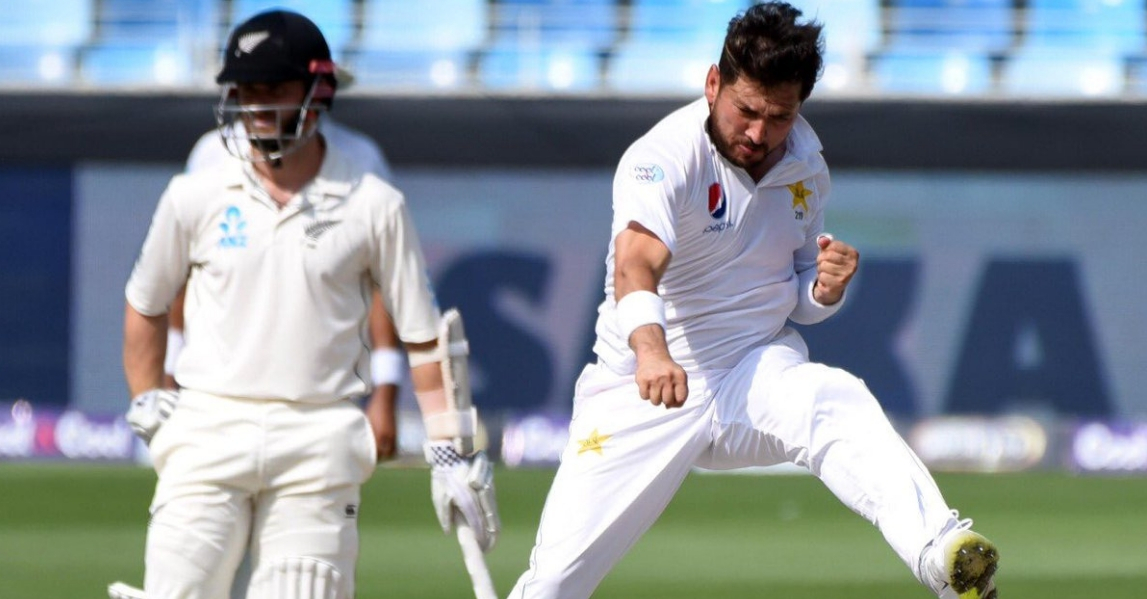 Pakistan leg-spinner Yasir Shah rattled New Zealand by claiming eight wickets in the first innings of the second Test at UAE. And doing so, he scripted history and registered the best figures against New Zealand ever in Tests along with claiming ten wickets in a single day.

Sensational bowling performance by Yasir Shah today! What a champion, a dream day for the leg-spinner. He's on the road to become Pakistan's greatest ever spin bowler. #PAKvNZ

Responding to Pakistan’s first-inning total of 418 runs, Kiwi openers Tom Latham and J Raval added fifty-runs for the first wicket and then Yasir happened. The leggie first removed Raval and then sent back Latham, Ross Taylor and H Nicholls in one over.

Yasir continued to wreck New Zealand in his next overs and accounted for key players like BJ Watling and C de Grandhomme.

The Pakistan leg-spinner claimed eight wickets and by the time he was finished, New Zealand had lost all their ten wickets for just 90 runs and were forced to follow-on. From 50 for no loss, New Zealand slipped to 90 for all out.

But that was not the end of Yasir’s magic. To the Kiwi team’s dismay the leggie picked two more wickets in New Zealand’s second innings to end the day with ten wickets, a rare feat achieved by only one other bowler in the history of Test cricket, Anil Kumble.

Watch: Yasir’s stunning spell of 8 for 41

WATCH: Yasir Shah's magical spell of 8 for 41 which skittled the Kiwis for 90 in the first innings of the second Test

New Zealand have lost 10 wickets in 14 overs! And Yasir Shah has 8-41. Has to be among the great collapses in history. https://t.co/T5brj2vhHT

Also read: Rohit or Vihari?  Sunil Gavaskar has his say.

Courtesy of Yasir’s mind-boggling performance, Pakistan is enjoying a upper hand against New Zealand in the second Test. A massive lead of 318 runs in the first-innings allowed Pakistan to force New Zealand to follow-on and at stumps on day three New Zealand are at 132 for 2 wickets down.

The Kiwi team is still trailing by 197 runs and have eight wickets in hand.

Smitten by cricket, green mountains, and written words, Chaitanya is engrossed with cricket stats and analysis. But cricket commentary is what he savors the most.
Previous ArticleHanuma Vihari or Rohit Sharma for the first Test? Gavaskar has his say
Next ArticleDhoni has to perform or someone will take his place: Ganguly