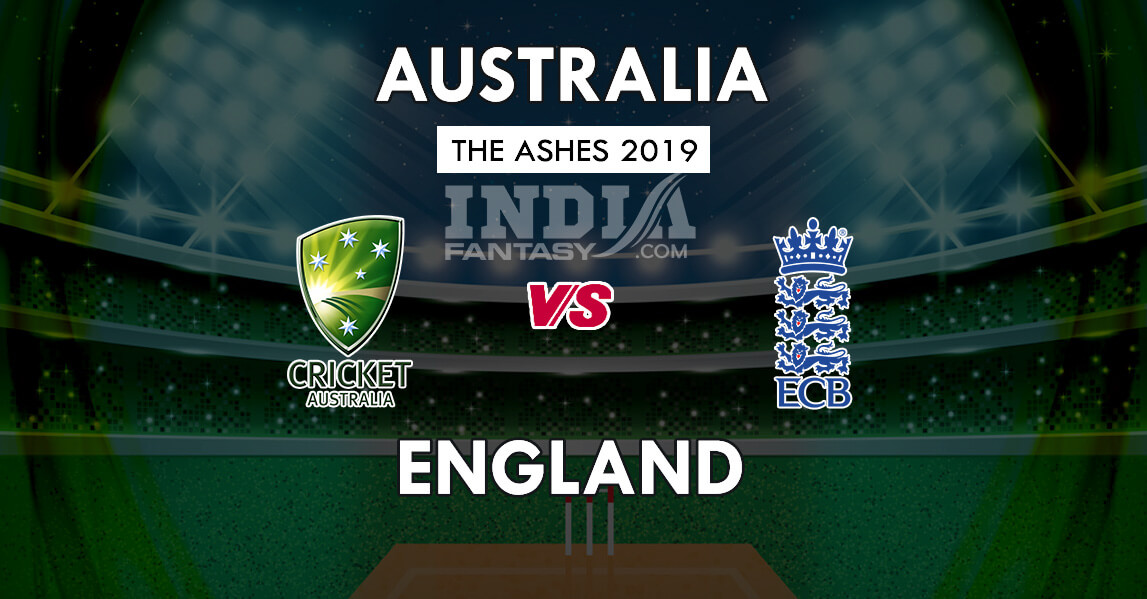 The oldest rivalry of cricket is set to begin, with the English looking in abundance of confidence from their World Cup win, this year’s  Ashes Will Look To Be A Spectacular Event.  The English team looked a little out of form when they came back after a crushing loss to their neighbors, Ireland in a one-off Test match. Although Joe Root’s team is high on self-confidence they have been incoherent in this format as they lost against West Indies at the beginning of the year. The Australian side will be strengthened by the return of their banned superstars David Warner and Steve Smith. Though the team has not been in consistent form after the ball-tampering debacle, they have shown commendable fighting spirit under the leadership of Tim Paine.

The last time these two met, out of the 5 matches Australia successfully were on top of England four times, drawing only one, this was back in 2017/18 England tour of Australia and New Zealand.

Conditions:
Somewhat cloudy skies are predictable on the first day of the Ashes with the mercury as high as 22°C and no rain. The sufficient rain around Birmingham areas will make sure there is some readily available moisture for the faster bowlers to make good use of and it might just take some spin as the game wears on.

England have announced their playing XI

Its Steve Smiths’s favorite format of the game, where his total average is around 62. His last games on English soil include more than 500 runs including 2 centuries.