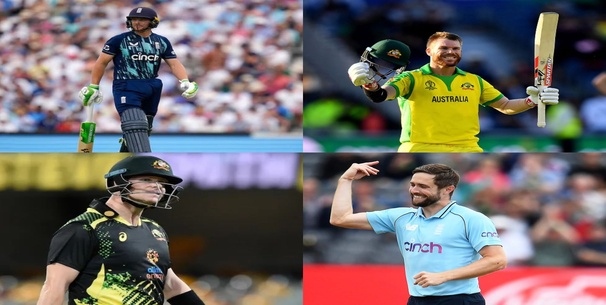 AUS vs ENG Dream11 Team: Australia are all set to host England for a three-match ODI series and the first ODI encounter is scheduled to take place on 17 November, 2022 (Thursday) at the Adelaide Oval in Adelaide. During their most recent ODI series, Australia defeated New Zealand at home by a 3-0 margin while England levelled a three-match ODI series against South Africa in the last summer. Both Australia and England will now be eyeing to pick the best possible combination and start preparing for next year’s ICC ODI World Cup 2023.

Australia have been dependent their premier batsman Steve Smith to a great extent in the 50-overs format of the game. Smith has composed a total of 4722 runs from as many as 136 ODI matches at a fine average of close to 45 that includes 27 half-centuries and 12 hundreds. The right-hander also scored a remarkable hundred on a difficult pitch during the last home series against New Zealand. The former Aussie skipper has a wonderful ODI record against England as seen over the years. He has notched up a superb tally of 864 runs from 30 games that consists of 3 fifties and 1 century.

England captain Jos Buttler will definitely be coming into this ODI series with a lot of confidence after having guided his national side towards winning the ICC T20 World Cup 2022 title. The English skipper has also performed really well with the bat in the ODI format of the game as he has scored 4245 runs at a brilliant strike-rate of close to 120. Buttler has smashed as many as 22 fifties and 10 centuries alongside an ODI average of more than 40.

Australia’s senior opening batsman David Warner will be a key player to watch out for in this entire three-match ODI series against England. The left-hander has an excellent record against England in ODI cricket where he has smacked more than 600 runs from as many as 24 matches that includes 5 half-centuries and 1 hundred. In his overall ODI career so far, Warner has scored close to 6000 runs at an amazing average of more than 44 that consists of 26 fifties and 18 hundreds.

For Australia, right-arm pacer Josh Hazlewood has been a consistent wicket-taker across the three formats of the game especially in the last few years. Hazlewood has picked up as many as 105 wickets from a total of 67 ODI matches at a fine economy of less than 5. During the last home ODI series against New Zealand, the pace bowler picked up figures of 3 for 31 in the first game. Josh Hazlewood will once again be hoping to take wickets at regular intervals in this ODI series against England.

For England, right-arm seamer Chris Woakes has been an important wicket-taking bowler in the limited-overs format. Woakes has taken a total of 155 wickets from as many as 106 ODI games at an excellent economy rate of less than 6. He has not played much of ODI cricket in this calendar year due to an injury but did well with the ball in the shorter format of the game. In his last 5 ODI matches, Chris Woakes has picked up as many as 12 wickets.