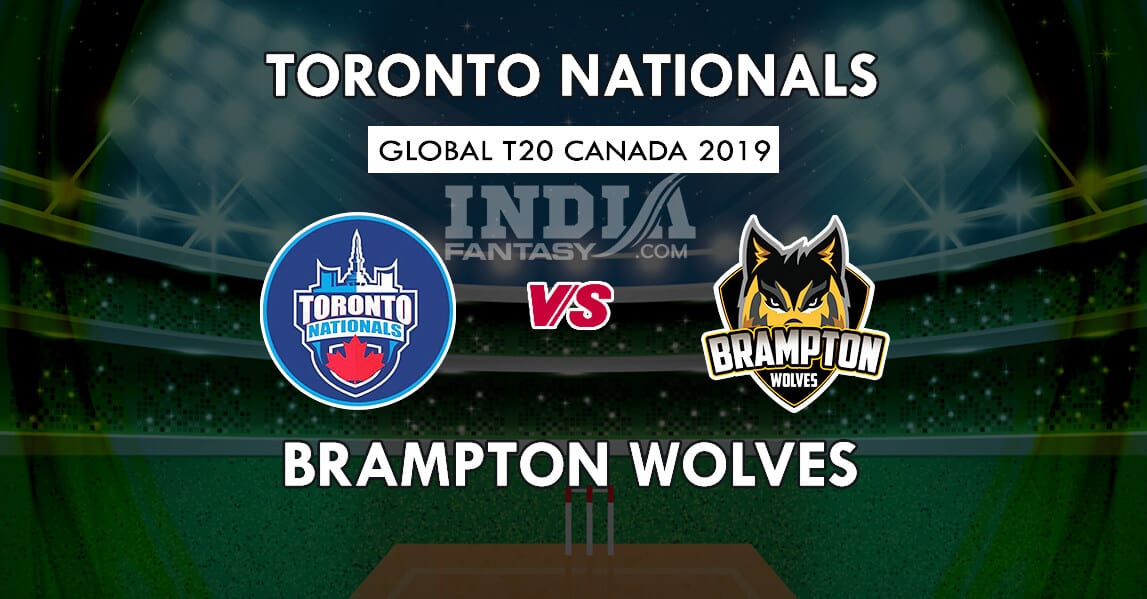 Edmonton Royals will be looking to add a first to their wins column when they take on the Winnipeg Hawks in the second GT20 fixture on Saturday.

Royals have been consistent with the bat so far in the tournament, but it remains to be seen that how they fare without their departing Skipper Faf Du Plessis. It will be a must-win game for Royals as a defeat could mean elimination before the start of round two.

Hawks, on the other hand, have won two out of their four games and are still in contention to make it to the second round of the tournament.

Winnipeg Hawks: The Hawks are not expected to experiment a lot with their line-up with Chris Lynn and Dwayne Bravo spearheading the batting and bowling departments respectively.

Experienced campaigners like JP Duminy and Skipper Rayad Emrit have also put in good shifts throughout the tournament.

American batter Sunny Sohal will be the one watch out for after he looked in good touch against the Nationals scoring a crisp 58.

Edmonton Royals: Despite consecutive losses, the Royals could name an unchanged line-up for this one.

Ben Cutting and Mohammad Nawaz have impressed with the bat scoring 72 and 40 respectively in the last game.

International top-guns like Shadab Khan and Jimmy Neesham will have to step up to the plate to aid their newly appointed skipper Mohammad Hafeez.

Similarly, Richie Berrington will have a lot to prove as much has been made of his prowess on the cricket field.

Chris Lynn is a must-have in this game. He is coming at the back of consecutive fifties against the Vancouver Knights (74) and Toronto Nationals (89) and might look to get into triple figures against an inconsistent Royals bowling line-up.

JP Duminy is another seasoned campaigner who has hit the ground running in this year’s competition. He started off the tournament with a breezy 77* against the Knights and has proven himself to be more than handy with the ball in the previous two games.

Ben Cutting has perhaps been the only shining light for the Royals in the tournament so far. The Big Australian smashed 72 of only 41 deliveries against the Knights and also took three wickets giving only 27 runs. Unfortunately, it was not enough to guide his side home. 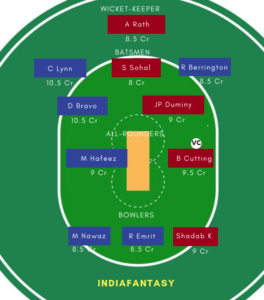