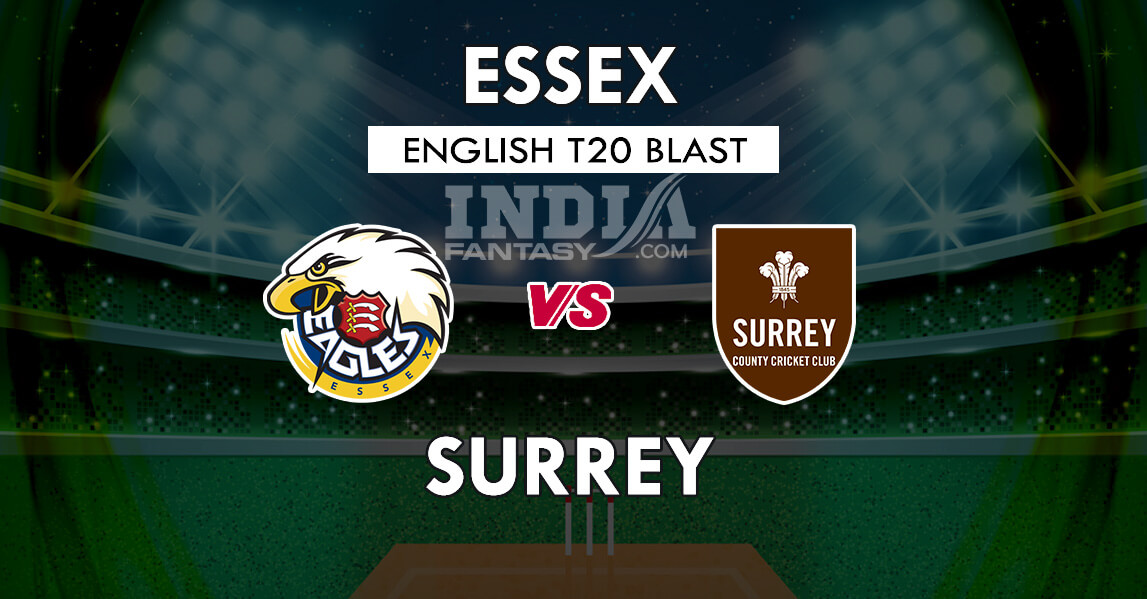 Essex will face Surrey in what is going to be a game in the South Group of the English T20 Blast, on (August 29) at Kennington Oval, London, England.

Essex are currently in the second last spot in the points table in the south group, and they are in a dire need to get their act together. They have played 12 games, winning thrice, and losing four times in the process. With only two games left in the season, it is time for them to show up big time.

On the other hand, Surrey are in sixth place themselves, and they still do have an outside chance of doing well here. The team has got only two games left to play, and the players are upbeat about giving it their all and earn 4 points.

The probable ESS vs SUR playing 11 is listed below.

ESS vs SUR Players to watch out for: Disclaimer- Management can take any decision at the last moment. The ESS vs SUR dream11 match predictions we are providing here is based on our research and analysis. We urge you to pick your ESS vs SUR playing 11 and make your own ESS vs SUR Dream11 team if you feel so. Also, hit the bell icon to never miss an important update from us.